AHAA to celebrate 20th anniversary at The Future in Focus conference 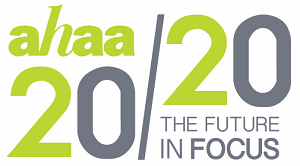 2016 is a big year for AHAA: The Voice of Hispanic Marketing – not only is the organization celebrating its 20th anniversary but it is putting on the most anticipated multicultural marketing conference of the year. AHAA 20/20: The Future in Focus, taking place at the Nobu Eden Roc Resort in Miami on April 18-20, acknowledges the tremendous growth of the past two decades but also lasers in on how exponential changes in technology and demographics are shaping the U.S. marketing landscape of today and tomorrow. AHAA has jam-packed the most buzzed about topics, such as demographic disruption, social native content, digital fraud, programmatic and ad blocking, into a powerful, three-day agenda.

“Our market is more relevant than ever – second- and third-generation Hispanics have become the lifeblood of our nation and the strategic linchpin to the most successful marketing campaigns,” said AHAA Chair Linda Lane Gonzalez, president of viva partnership, inc. “Brands, media and agencies that are looking to evolve with this dynamic marketplace will be attending this landmark conference.”

The party starts Monday evening when singer/songwriting duo and sons of legendary singer Ricardo Montaner, Mau y Ricky, will perform live during the welcome reception and cocktail party. Attendees will be the first to hear their new sound, as they will debut songs from their first album title ARTE at AHAA. Kicking off the conference Tuesday morning is opening keynote speaker Wendy Clark, President-CEO of North America DDB.

Other notable speakers include film and television screenwriter and producer Roberto Orci, billion-dollar filmmaker behind some of the decade’s biggest films including Mission: Impossible III, Eagle Eye, Transformers, Transformers: Revenge of the Fallen, Cowboys and Aliens and the Star Trek films; Eric Reynolds, SVP-Chief Marketing Officer, The Clorox Company; Rich Benjamin, Author of Searching for Whitopia: An Improbable Journey to the Heart of White America; Luis Balaguer, founder and CEO of Latin World Entertainment (LatinWE), the premier Hispanic talent management company in the U.S., along with digital superstars Juan Pablo Zurita, the #1 Vine and Snapchat personality in Latin America, and Miss Colombia 2014 Ariadna Gutierrez, who became one of the most recognized beauty queens in the world when host, Steve Harvey, accidentally announced her as the winner of the 2015 Miss Universe Pageant.

This year, State Farm® will be crowned the 2016 AHAA Marketer of the Year, joining a prestigious short list of elite brands that have received the award, including McDonald’s, Toyota, and Walmart. Leif Roll, marketing vice president at State Farm, will accept the award on the company’s behalf and join Luis Miguel Messianu, Chairman and CEO of Alma, for a candid discussion on the State Farm brand’s successful 20-yearlong commitment to Hispanics and what it takes to stay relevant in a changing marketplace.

The accolades don’t stop there – AHAA is honoring agency pioneer Ernest Bromley with the Caballero Award and Ceril Shagrin, executive vice president of Audience Measurement Innovation and Analytics for Univision Communications Inc. (UCI), with the Lifetime Achievement Award during a special luncheon that also will feature a donation ceremony as representatives from the Smithsonian Institute will accept artifacts from AHAA’s YEAR Voto campaign, which will be included in the National Museum of American History.  In addition, past presidents will join the honorees and blow out the candles for AHAA’s 20thbirthday.

Finally, AHAA is known for its breakdown sessions that allow attendees a deeper dive into key tracks, including research, digital and public relations: