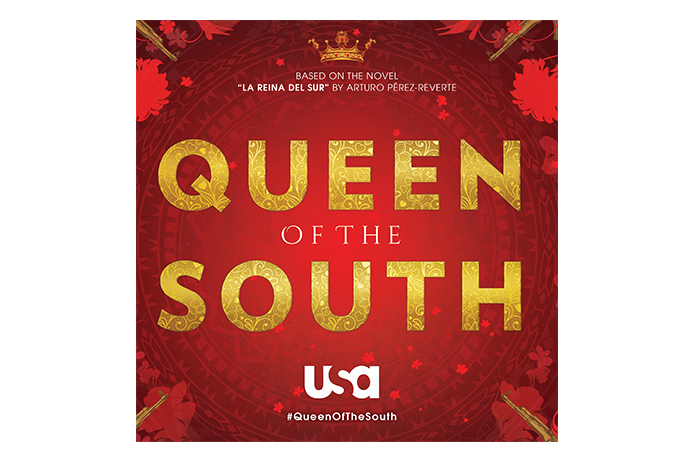 USA Network announced today it will premiere their new drama “Queen of the South,” starring Alice Braga (“I Am Legend”), at the opening night of the Hispanicize Film Showcase, part of the seventh annual Hispanicize conference held in Miami, on Wednesday April 6 at 7:30PM ET. The first television project to ever be selected for the film showcase, the drama is based on the global best-selling novel “La Reina Del Sur,” by internationally-acclaimed author Arturo Pérez-Reverte. The literary page-turner also yielded one of the most popular super series of all time for USA’s sister network, Telemundo.

The premiere episode of “Queen of the South” will premiere at Regal South Beach Stadium with a VIP red carpet and cocktail reception in partnership with ViveMejor. Immediately following the screening the audience will be treated to a cast Q&A moderated by Entertainment Weekly’s Nina Terrero. The panel discussion will feature stars: Alice Braga (“I Am Legend”), Verónica Falcón (“Besos de Azúcar”), Jon Ecker (“Narcos”), Justina Machado (“Six Feet Under”) and Peter Gadiot (“Tut”). Additionally, all audience members will receive a copy of the internationally-acclaimed novel, “La Reina Del Sur.”

“’Queen of the South’ has such a massive appeal to multicultural audiences everywhere and this is exactly the type of exclusive content we aim to offer to our participants. We are thrilled to partner with USA Network to have the world premiere at the opening night of Hispanicize Film Showcase,” said Calixto Chinchilla, Hispanicize Director of Filmed Entertainment.

USA will also plan a social media activation on the main Hispanicize exhibition floor at the InterContinental Hotel where visitors can make themselves The Queen in an interactive photo booth (Tuesday–Thursday from 9:00am ET-6:00pm ET) and meet the cast during select times.

For media RSVPs for the screening and/or press room, please emailleah.sparkes@nbcuni.com and QOTS@aem-la.com

For the full timeline of QUEEN OF THE SOUTH premiere day events, please see below:

*The event is open to conference -goers and the public with a limited number of reserved seats available. Seating is on a first come, first serve basis.

“Queen of the South” tells the powerful story of Teresa Mendoza, a woman who is forced to run and seek refuge in America after her drug-dealing boyfriend is unexpectedly murdered in Mexico. In the process, she teams with an unlikely figure from her past to bring down the leader of the very drug trafficking ring that has her on the run. The series stars Braga along with Verónica Falcón (“Besos de Azúcar”) as Camila Vargas, Justina Machado (“Six Feet Under”) as Brenda Parra, Peter Gadiot (“Tut”) as James Valdez, Hemky Madera (“Weeds”) as Pote Galvez and Gerardo Taracena (“Apocalypto”) as Cesar “Batman” Guemes. Guest stars include Joaquim de Almeida (“Our Brand is Crisis”), Jon Ecker (“Narcos”) and James Martinez (“Breaking Bad”).

The drama is executive produced by David T. Friendly (“Little Miss Sunshine,” “Courage Under Fire”), along with M.A. Fortin and Joshua John Miller (“The Final Girls”). Scott Rosenbaum (“Gang Related”) will serve as showrunner. The pilot was written by Fortin and Miller, directed by Charlotte Sieling and executive produced by Pancho Mansfield (“Damien”). Fox 21 Television Studios developed and produced the pilot and will run lead on the co-production with Universal Cable Productions. The show is slated to premiere on the USA Network this summer.

For more information on “Queen of the South,” please visit: USANetwork.com/QueenoftheSouth