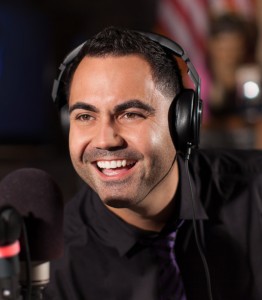 Univision Local Media South Florida, a division of Univision Communications Inc., the leading Hispanic media company in the U.S., delivered strong ratings across its radio and television properties. “El Show de Enrique Santos” (The Enrique Santos Show) on Mix 98.3 FM ranked as the No. 1 morning show among all Spanish-language radio stations in South Florida with Adults 18-49 and Adults 18-34. “El Desayuno Musical con Javier Romero” (The Musical Breakfast with Javier Romero) also ranked No. 1 among all Spanish-language morning shows in South Florida with Adults 25-54.

WLTV Univision 23 finished as the most-watched station with its local 6 p.m. newscast “Noticias 23” in the August time period, delivering 33,000 Adults 18-49 and 40,000 Adults 25-54. The ranking makes “Noticias 23” the No. 1 newscast regardless of language in the demographic and ahead of all English and Spanish-language newscasts in the time period.

“Maintaining the No. 1 position in such a competitive market is no small feat,” said Claudia Puig, senior vice-president and general manager of Univision Local Media in South Florida. “We are very proud of the work our local team is doing to bring about engaging and relevant content to our community, considering the wide range of choices available to them in South Florida.”

Popular radio and television host Enrique Santos and co-host Luisa Fernanda, have made “El Show de Enrique Santos” a favorite in South Florida. Javier Romero and “El Desayuno Musical” are considered a phenomenon in terms of its longstanding success in the South Florida market. Alongside Osvaldo Vega and Paula Arcila, Javier Romero has been an icon of morning radio for over a decade. Both morning shows out-performed “Elvis Duran and the Morning Show,” “El Vacilon de la Gatita” (The Gatita’s Party) and “Easy Mornings with Susan Wise.”