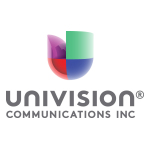 Under the agreement, Mediacom customers will not only continue to receive Univision’s and UniMás’ top-rated broadcast networks and stations and the Galavision cable network, but will also gain access to Robert Rodriguez’s highly-touted El Rey Network. The renewal takes place as Mediacom marks the 20th anniversary of its first cable system purchase by investing $1 billion over the next three years to, among other projects, upgrade and expand its national broadband network—beginning with a wide-scale deployment of 1-gigabit per second broadband services to virtually all of the 3 million homes and businesses within the 1,500 communities located in Mediacom’s 22 state footprint.

“During their 20-year legacy, Mediacom has always valued diverse voices in media and respected Univision’s role in providing that voice to our communities,” said Tonia O’Connor, Chief Commercial Officer and President of Content Distribution, UCI. “We are proud to once again expand our partnership with Mediacom to achieve our mutual goal of giving Hispanic America the programming they love. We are also thrilled that Mediacom is launching El Rey Network, which unites culturally diverse generations through powerhouse programming.”

“Mediacom strives to offer culturally rich and diverse programming to our customers,” said Italia Commisso Weinand, Mediacom’s Executive Vice President of Programming and Human Resources. “We are pleased to announce the continuation of our long-standing partnership with Univision.”

The Univision Network is one of the top television networks in America regardless of language, regularly beating ABC, CBS, NBC and FOX among Adults 18-34 and 18-49 in primetime. Univision stations in New York and Los Angeles were the no. 1 and no. 2 most-watched early and late local newscasts in the country, respectively, at the close of the 2016 February sweep period among Adults 18-49 and Adults 18-34, regardless of language.