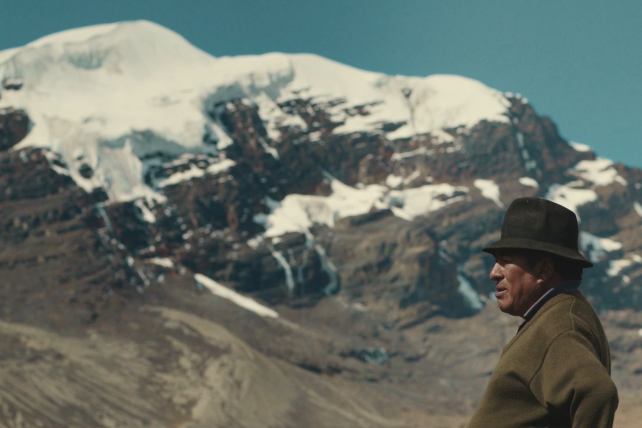 As part of a groundbreaking partnership announced last April with the United Nations Foundation, Univision News has premiered the first video in a four-part digital series aimed at increasing Hispanic audiences’ awareness of the effects of climate change in the Latin American region. The first video of the series, entitled “Dry Earth: Climate Change in the Highlands,” is now available for viewing on Univision.com/Planeta.

“Dry Earth: Climate Change in the Highlands” illustrates the impact of drought and lack of snowfall in the Bolivian highlands, centering on farmers and their families as they cope with the challenges of unpredictable weather patterns that are disrupting agriculture and diminishing water resources in the area. The highlands of Bolivia have experienced desertification and glacial melting. 80 percent of its glaciers have decreased significantly and are likely to disappear in the next 10 to 15 years.

Univision News’ digital series will focus on the four elements—earth, water, air and fire—and tell the stories of communities across the Americas that are being impacted by the changing climate. Univision News has assigned a news team exclusively to the initiative, including specialized reporters, investigative journalists and producers, while the UN Foundation provides current and factual global ecological information and facilitates experts and scientists for interviews.

“We are honored to be partnering with Univision on this thought-provoking series,” says Aaron Sherinian, United Nations Foundation. “Through our joint effort, we hope to illustrate the effects of climate change in Latin America, and educate and engage the Hispanic community everywhere in an effort to keep the environment and climate change top-of-mind among this important community and audiences everywhere.”

“Univision News is proud to present the first video in this unprecedented digital series aimed at educating U.S. Hispanic viewers about climate change and its effects,” said Isaac Lee, president of News, Univision Communications, Inc. “Working closely with the United Nations Foundation, we are poised to bring our audiences a wide variety of top quality content focused on the environment, an increasingly important issue that deserves everyone’s attention. Hispanic America relies on Univision News to keep informed on the issues that matter most to them, and we will continue to honor that commitment now with expanded reporting on ecological topics.”

To watch the video or learn more about the four-part digital series, please visit Univision.com/Planeta.