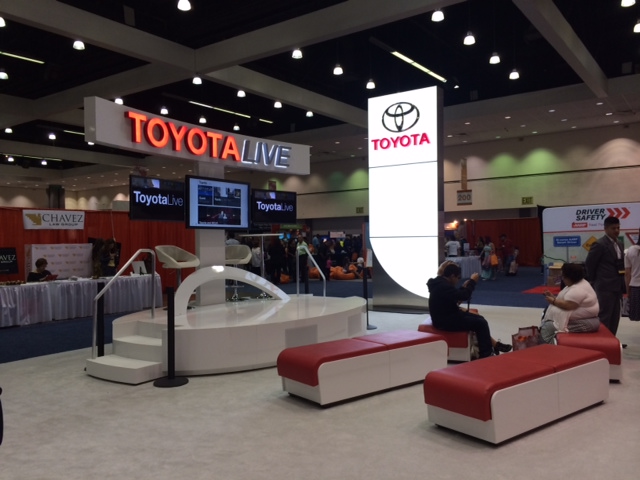 Toyota is celebrating its 10-year anniversary as the number one auto brand for Latinos at the annual NCLR conference. Throughout the three-day gathering of Hispanic leaders from around the country, Toyota will meet to network and learn about critical issues for the Latino community.

As part of its work with NCLR, Toyota has already donated a new car to a deserving Latino leader, featured booth appearances by professional athletes and entertainers and shared its celebrated Buckle Up for Life program with attendees.

Getting schooled by @sherylsandberg on equality & loving it. Who runs the world? Ask @Beyonce. #NCLR14 #VayamosJuntos pic.twitter.com/5xNW5wbWzl

Here with @toyotalatino for the #nclr14 Latina's Brunch! #vayamosjuntos with a full female mariachi band. http://t.co/ybuJmPoV9M

If you’ve missed Toyota’s presence at NCLR, check out the remaining activities:

Since 1991, Toyota has contributed more than $700 million to American nonprofit groups; and over the last year, more than forty percent of our giving has been to organizations that support minority populations, including Hispanics.

Toyota supports and partners with premier Hispanic organizations that promote the advancement of the Latino community in the United States through education and civic engagement including: