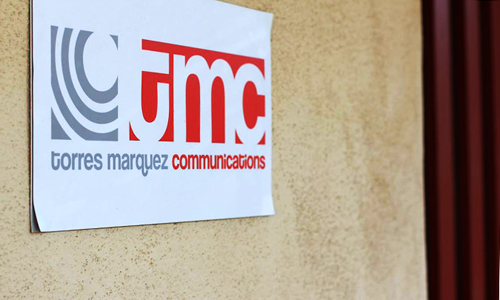 Torres Multicultural Communications, an all-Latino marketing and public relations firm, has a new location. Half of the space will be dedicated to a new research facility of the arts that intends to unite conversation and provide a voice for Latinos in the downtown Phoenix community.

Torres Multicultural Communications’s growth has allowed them to move into the 8,000 square foot building on Washington and Eighth streets, 3,000 square feet of which will also house the research facility Luna Culture Lab. The space will open in January.

“In some instances Latinos are the majority market,” said Tania Torres, president and chief executive officer of Torres Multicultural Communications. “This does not mean we are trying to exclude anyone else, but we are trying to be reflective of what the market looks like and fill that demand.”

Luna Culture Lab will be a space where visual art and performing artists will be showcased to create a number of questions for the audience to answer.

“What feelings come to mind?” and “what is distracting?” are examples of the kind of questions that will be answered and then printed in the weekly Luna Lab Report, said Marcelino Quiñonez, director of Luna Culture Lab.

“We are trying to get a pulse of what the community is thinking through the art,” Quiñonez said. “The art is inspiring thinking.”

The Luna Culture Lab was named after the painting of a woman used on their business cards, as well as their former building, which was also named Luna. Torres said she is often complimented on the image and is excited to have it on the banner of their new building representing Latinos as part of the downtown Phoenix skyline.

Torres Multicultural Communications will also host focus groups on products, services, politics and will provide marketing and communications information, Torres said. They want findings through art in addition to the general consumer, she said.

Usually public relations and research are done separately, Quiñonez said, but Torres Multicultural Communications will be merging the two together under one roof.

There isn’t a facility quite like this that is “observing and interpreting how culture impacts our behavior and for me it’s also about what comes next for the modern Latino,” Torres said. “The information gathered will also affect how we run our communication campaigns.”

There are already plans in the works for internship opportunities and an ASU accredited class with the Herberger Institute for Design and the Arts and Luna Culture Lab, Quiñonez said.

“The new TMC building is going to be a place for the community,” Torres Multicultural Communications account coordinator Will Medina said. “I am really excited to see it all finally come together. It’s nice to know that TMC will finally have its own home.”

Torres said she could have easily rented out the extra space and made another form of easy revenue, but she really wanted to serve the community. That quality of hers is one that she believes is tied to her immigrant roots and upbringing.

To read the rest of this story, click here.