The Latin Grammys Return to Las Vegas, will air live on Univision on November 19th 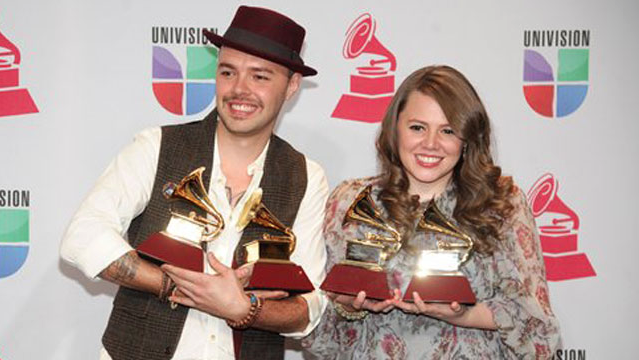 The 16th Annual Latin GRAMMY Awards® will be broadcast live from MGM Grand in Las Vegas on Thursday, Nov. 19, and will air in the United States on the Univision Network from 8–11 p.m. ET/PT (7 p.m. Central). This year marks the eighth time the awards will take place in Las Vegas and the second time from the MGM Grand Garden Arena. The Road To The Latin GRAMMYs™ will begin with the announcement of this year’s nominees, which will be revealed on Wednesday, Sept. 23, and continue through the fall season with various annual events such as the Latin GRAMMY® Street Parties, Latin GRAMMY Acoustic Sessions and Latin GRAMMY In The Schools. The Latin Recording Academy® will present its signature events during Latin GRAMMY Week in Las Vegas with En La Mezcla, the Special Awards Presentation and the 2015 Latin Recording Academy Person of the Year gala culminating with the energy and excitement of the Latin GRAMMY Premiere awards presentation and telecast, immediately followed by the official Latin GRAMMY After-Party.

The Road To The Latin GRAMMYs features a month long series of cultural events culminating with the 16th Annual Latin GRAMMY Awards. The event schedule is as follows:

Latin GRAMMY In The Schools:

The 2015 Latin Recording Academy Person of the Year tribute gala