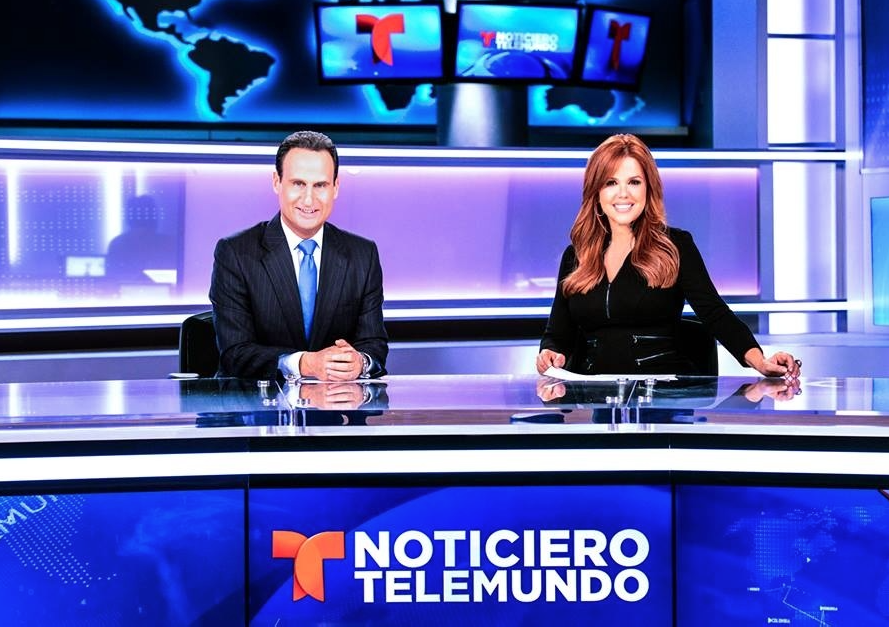 Telemundo’s news show “Noticiero Telemundo” will air a special edition that will be shot on mobile devices, making the NBCUniversal-owned network the first national network to air news stories via smartphones and tablets. Journalists will record and file the stories on mobile devices, but studio shots of the anchors will not use traditional cameras.

Reporters and photojournalists will use smartphones and tablets to shoot all the video for the Monday, July 6, edition of Noticiero Telemundo, the network’s evening newscast as part of “digital day” at the NBCU-owned network.

“We are changing the way news is made by embracing all aspects of digital technology,” said Luis Carlos Velez, Telemundo’s evp of news.

The newscast, co-anchored by José Díaz-Balart and María Celeste Arrarás, will also stream on Periscope and include behind-the-scenes shots during commercial breaks. And the hashtag #noticierodigital will be in full effect.

“Hispanics are early technology adopters, and their mobile devices are an integral part of our lives,” said Díaz-Balart. “It is natural that Noticias Telemundo take the next step and use the same technology to produce our news through every platform available to serve our community.”

The mobile-only newscast is an extension of Telemundo’s digital-first storytelling, which includes the launch of segments “The Selfie Interview” and “Mi Lente.”

Telemundo trails long-dominant Spanish-language network Univision in the ratings across the board. Noticiero Univision, co-anchored by Jorge Ramos and Maria Elena Salinas, averages 1.9 million viewers a night. Telemundo’s newscast draws about half that, averaging 918,000 in the just-completed second quarter. But that runner-up status helps drive experimentation.

“Smartphones and tablets have become increasingly popular ways to get informed,” Velez said. “We want to maximize their utilization by adding to our groundbreaking storytelling.”