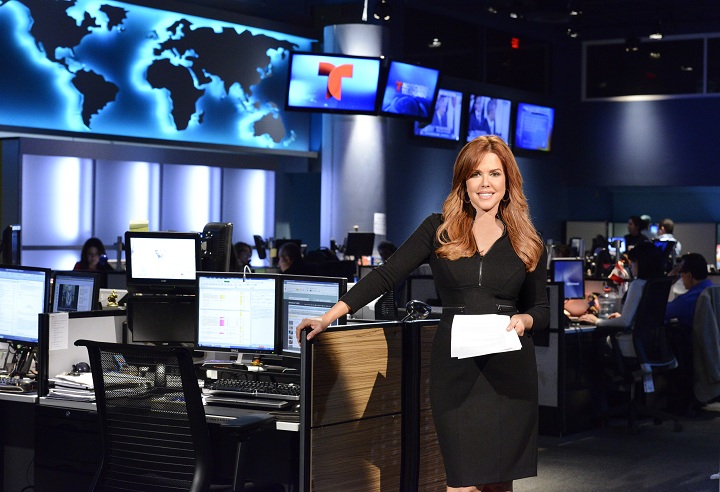 On the heels of its Telemundo/MSNBC Democratic Forum with candidates Hillary Clinton and Bernie Sanders, Telemundo News will present the only RNC-sanctioned Republican Debate broadcast by a Spanish-language network, slated for Thursday, February 25, live from 9-11 p.m. ET/6-8 PT/5-7 MT from Houston, Texas.  Emmy Award-Winning journalist María Celeste Arrarás will join as a panelist on the only Republican debate to specifically address Latino issues this primary cycle, produced in partnership with CNN and the Salem Media Group. The debate will be streamed live on Telemundo.com, the Telemundo News App and on the Telemundo News YouTube channel.

“Telemundo is the only network in the country to have all presidential candidates engaging in a direct dialogue with the Latino community before Super Tuesday” said Luis Silberwasser, President of Telemundo Network. “Our Democratic Forum and Republican Debate are a direct consequence of our objective, balanced and relevant #YODECIDO news coverage.”

Special Telemundo News pre-Super Tuesday programming includes a Texas tour led by Arrarás, who will be hosting “Al Rojo Vivo” and “Noticiero Telemundo” from San Antonio, Dallas and Houston the week of February 22, setting the stage for the Telemundo Republican Debate. The special coverage also will present broadcasts from Houston by the morning show “Un Nuevo Día” with co-host Neida Sandoval.

·         On Thursday, February 25, Telemundo News will offer a pre-debate program hosted by José Díaz-Balart at 8PM ET/7PM CT/5PM PT, with commentary and analysis by its award-winning team of journalists and collaborators.

Telemundo News’ broadcast of the GOP debate from Houston, TX and its pre-Super Tuesday special coverage is part of the network’s #YODECIDO initiative, a one-of-a-kind effort to inform and empower Hispanic voters nationwide that will bring an unprecedented 275 hours of political coverage, coupled with the deployment of a robust digital platform designed to reach younger voters and a partnership with Columbia University’s Graduate School of Journalism. Emmy Award-winning “Noticiero Telemundo” anchors María Celeste Arrarás and José Díaz-Balart will lead #YODECIDO’s coverage, joined by more than 10 correspondents who will be documenting the political race nationwide.

Follow @TelemundoNews on social media and join the conversation online with the hash tag #YODECIDO.