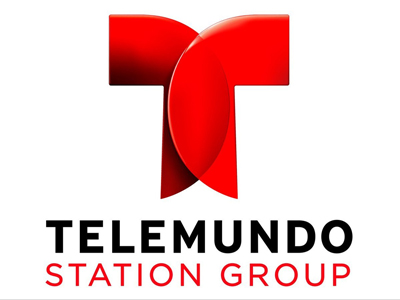 The Telemundo Station Group today announced the launch of its newly redesigned digital platforms, which include an updated and streamlined look for 15 Telemundo-owned station online properties, including desktop, mobile and station apps. The enhancements deliver Spanish-speaking viewers best-in-class digital features, including an enhanced weather experience, up-to-the-minute severe weather push alerts and a new and easy-to-access “Breaking News” bar on its desktop, mobile and app platforms, to help viewers stay ahead of the news when they’re on-the-go.

“The new digital platforms ensure that our viewers are receiving the local news and weather information they want across the platforms they prefer to use,” said Ozzie Martinez, Senior Vice President, News, Digital and Standards, Telemundo Station Group. “Our new and revamped digital tools provide best-in-class digital technology to our users while they are on-the-go and also help our stations deliver the latest breaking news and weather that is happening in their markets, much faster.”

In addition to featuring an updated and streamlined look and feel, all 15 Telemundo-owned station websites, mobile and individual station apps allow users to quickly find and access their favorite content through an enhanced “Breaking News” bar for desktop and within each station mobile app. Users will be also be able to access new weather features, including:

The 15 Telemundo-owned stations’ apps will also launch a new app update in early 2016 to provide users with even more interactive mobile features to help them stay ahead of the news happening in their local communities. The roll-out of the new redesigned digital platforms are part of a series of enhancements made at all Telemundo-owned local stations to better serve Spanish-speaking viewers all across the United States and in Puerto Rico.

Other enhancements that the Telemundo Station Group has made in its local stations, thanks to an significant investment made by NBCUniversal include the addition of more than 75 hours of live, local news a week by launching new newscasts all across the United States and Puerto Rico; the hiring of more than 160 new employees, including news reporters, producers and photographers to support the boost in news; the debut of new state-of-the-art sets at several stations; the roll-out of new on-screen graphics at all of the stations; the purchase of new vehicles and cameras to help stations’ live reporting capabilities; and integrating a digital web editor at the stations to boost their digital presences.

The group has also invested in a first-of-its-kind consumer investigative franchise called Telemundo Responde (Telemundo Responds) that is charged with standing up for consumers who have been wronged. Telemundo Responde has collectively fielded more than 1,500 calls and recovered nearly $4 million for consumers all across the United States and Puerto Rico. Consumers who have fallen victim to financial scams, had trouble collecting funds owed to them from the 9/11 Victim Compensation Fund, received bills for deceased loved ones and faced evictions from their homes are just some examples of how the Telemundo Responde teams have stood up for Hispanic viewers across nine markets, with two more consumer investigative units slated to launch in Tucson and Phoenix markets, soon.