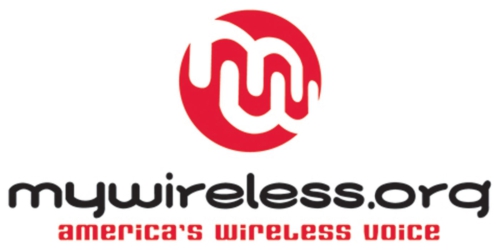 A bipartisan national survey of Hispanic wireless users in the U.S. shows respondents are extremely satisfied with their wireless service, support legislation that would help protect them from paying new multiple or discriminatory taxes on their cell phone bill, are skeptical of government regulation, and widely believe that they get a high level of value out of their cell phone service.

Specifically, the survey shows that 92% of Hispanics are satisfied with their wireless service. When asked about the taxes and fees they pay for their monthly service, 85% support a five-year freeze on new wireless taxes and fees, which would prohibit states and municipalities from raising taxes and fees on wireless service as compared to the 80% of those supporting the legislation according to the MyWireless.org Annual Consumer Survey of the general population. When asked how much they think they pay in cell phone taxes and fees on their monthly bill, more than one quarter of respondents did not know. Of those who estimated what they believed to be their monthly tax and fee burden, the average respondent thinks they pay 9.8% or less, when in reality the national average is nearly 17% of their monthly bill. Eighty-eight percent think the tax rate on monthly cell service should be lower or the same as the taxes they pay on general goods and services, which on average is approximately 7%.

Sixty-two percent say they purchase digital downloads such as ringtones, music, video games, books, software or apps to your cell phone or other wireless devices and 50% support federal guidelines to establish one fair and consistent set of taxes to apply to purchases of online digital downloads and 23% were unsure of the best approach.

“As the Hispanic community becomes even more prominent in the American landscape, their feelings about keeping wireless service affordable and accessible is also increasingly more important to recognize,” said Amy McLean, Manager of Advocacy for MyWireless.org “It’s great to see satisfaction and value of cell phone service are rated highly among Hispanics, and even though a large percentage is opposed to excessive wireless taxes and fees, we also need to do more to raise awareness of the amount of money they’re currently handing over to the government each month on their cell phone bills.”

Other findings of note from the survey include:

Additional survey results and analysis are available at www.mywireless.org/data-center-hispanic-consumer-survey.

McLaughlin & Associates partnered with Penn Schoen Berland to develop and conduct bipartisan national online surveys among 400 adult Hispanics, who are wireless phone users and likely voters. The surveys were conducted between April 2nd and April 10th, 2012. Interview selection was at random within predetermined geographic units. These units were structured to statistically correlate with actual census data of Hispanic populations. The survey was bilingual and respondents were given a choice to take the survey in English and Spanish. The accuracy of the sample is within +/-4.9% at a 95% confidence interval. The survey results in this summary have been rounded and the wording for each question is verbatim from the questionnaire.

MyWireless.org® is a nonpartisan non-profit national advocacy organization, made up of wireless consumers, businesses and community leaders from around the country, supporting reasonable pro-consumer and pro-taxpayer wireless policies.