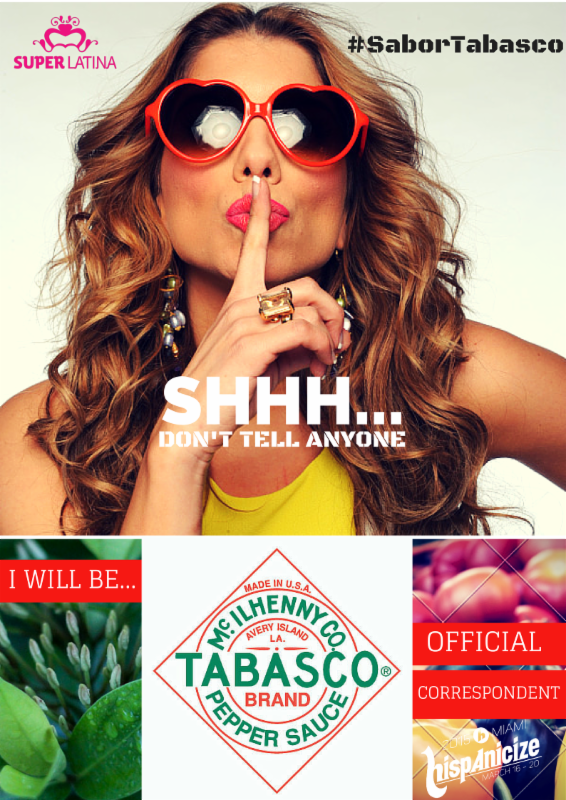 The latest edition of Hispanicize in Miami featured some of the most talked-about newsmakers and trendsetters in the entertainment and marketing industries, plus a big serving of SuperLatina’s host Gaby Natale… and a good dose of Tabasco sauce. The SuperLatina personality and media entrepreneur served as presenter and sponsor of the Latinovator award introducing Chiquinquirá Delgado -co-host of Nuestra Belleza Latina- and the honoree Alberto Ciurana, President of Programming and Content for Univision Networks. The Latinovator award provided a glamorous corollary to a star-studded parade that had started earlier in the week with award ceremonies featuring TV legend Don Francisco and Hollywood actor Luis Guzmán. “The Latinovator award is a much-needed showcase to recognize how Latinos are shaping the cultural landscape of the United States. The Latinovator’s stories are deeply inspirational and always encouraged me to reach for more. That’s why I chose to share my personal journey from launching a small TV show in West Texas back in 2007 to having a nationally-syndicated show today, and owning a TV studio”, said Natale. The SuperLatina host and her company, AGANARmedia, attended Hispanicize hand in hand with Tabasco, providing the venerable brand and its agency, Hunter PR, with TV exposure, social media amplification and video production services.

where you’ll find it. That makes it a perfect fit for Tabasco, a very unique company that blends the traditionalism of a 147-year-old company with a cutting-edge sense of branding. The campaign we did during Hispanicize has already received 2 million impressions… and we haven’t even launched the video!” explained Andres Suarez, CEO of AGANARmedia.

As part of the Hispanicize activities, Tabasco tapped renowned Mexican chef Santiago Gomez de la Fuente to host a 5-course private dinner for ten of the most influential Latinas in social media, an invitation that quickly became the spiciest ticket in Miami.