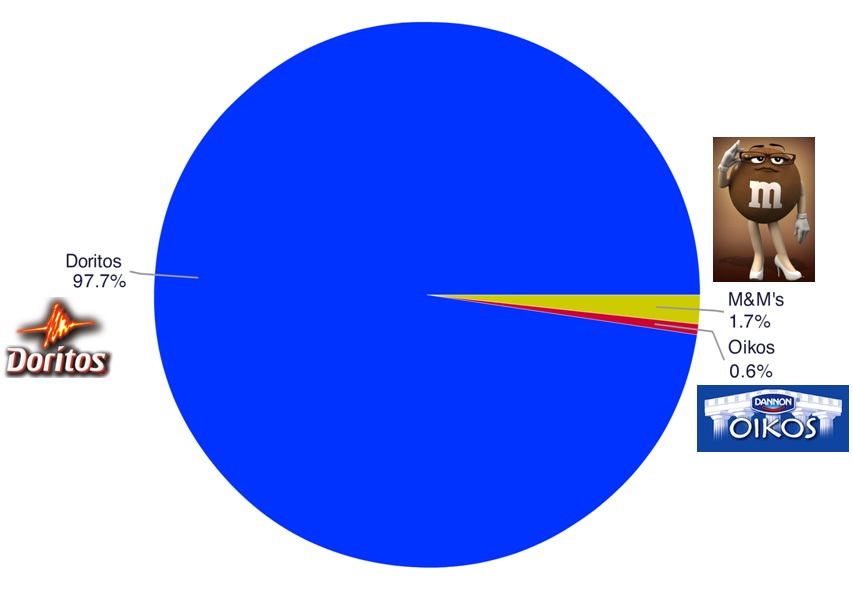 With 111.3 million average viewers, and 114 million tuning in just for Madonna’s halftime performance, Super Bowl XLVI made its mark in Super Tazón (Spanish word for Super Bowl) history, breaking the previous viewing record. This has presented the largest audience for what the Super Tazón has become known for and what we all look forward to: the commercials. From Chevrolet to Doritos, many big brands came with their best this season, but a ringing topic is – Did ad makers forget to include minority viewers?

Using the online listening power tool Radian6, we researched a quantity of over 60,000 online mentions1 of brands that advertised during the Super Bowl to find which ones resonated most with Hispanics.  We analyzed conversations by Spanish dominant and bilingual Hispanics using sophisticated search method techniques, facilitated by the software.  By doing this we were able to capture not only the pure Spanish conversation, but also the English speaking Hispanics whom are increasingly important to brands in the US’s evolving American culture.