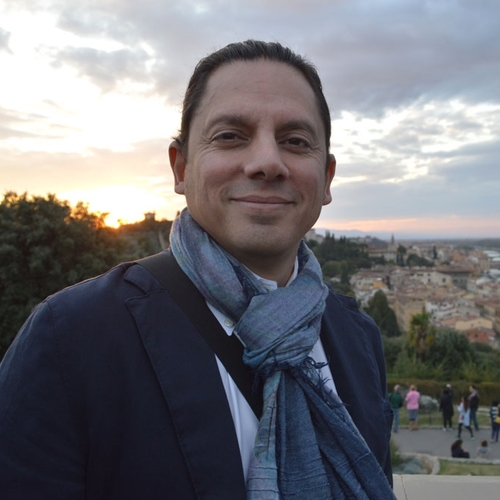 The weekend of December 18th, “Star Wars: The Force Awakens” dominated the world’s box office. The lovable leads, Rey, Finn, and Poe became heroes around the world. Adults and kids everywhere marveled in nostalgia and novelty done right. Something else happened too, the ambitious J.J. Abrams and Disney team did more to advance gender and race equality in one weekend than has been accomplished in decades.

It’s a big claim and “Star Wars: The Force Awakens” lives up to it. This film could be regarded as the most significant catalyst in Hollywood gender and race diversity in history and could change the future of millions of young kids.

Can the Millennium Falcon flying at lights-speed represent one giant leap for diversity and gender equality? Let’s start with the facts: “Star Wars: The Force Awakens” is a global phenomenon. It had the largest opening weekend in box office history and could become the highest-grossing movie ever. Many would agree that the expectations around this movie have been the highest ever; the marketing and record-breaking advanced ticket sales support that. Ultimately, millions of kids around the world will see this movie multiple times.

Not only is this film a great adventure, it also honors the Star Wars tradition and brings George Lucas’ Universe to life and modernized into the 21st century. This film features a new generation of heroes that are not white-males. Yes, the trio of new heroes is comprised of a woman, a black man and a Hispanic fellow. The movie has the support of the “classic” Star Wars heroes: Han Solo, Leia and Luke, but the three new heroes defy conventional wisdom—a young woman with Jedi potential, a black Stormtrooper, and a Hispanic X-Wing Fighter pilot. Kudos to J.J. Abrams and his team for breaking old rules, an all white-male cast is a thing of the past.

Let’s look at each of the new heroes. Rey (Daisy Ridley) is an inspiring new role model for women of all ages, but particularly great for young women. She is fierce, strong and powerful beyond her years. Young girls around the world will love her sense of independence, resourcefulness, determination, and best of all, that she needed no man to rescue her. I hope my teenage daughter and millions of young women will be inspired by her. With Finn (John Boyega), we have a brand new hero—a renegade Stormtrooper that found his conscience and is willing to risk his life for the people he loves. He is strong, resourceful, funny and smart. With Poe (Oscar Isaac), we have a less developed character in the movie than the previous two, but we know that he is the best pilot in the galaxy, a team leader and cares about people around him. What do these three—a female, a black and a Hispanic have in common? Great progress.

The significance of this film is profound and not yet measured. Millions of young minds will see this movie and see the characters for their essence, not race or gender. They will see fantastic, strong, new heroes they can emulate. My 11–year–old son (Hispanic) and his friend (Caucasian) told me how much they loved Finn as a character and as a hero. They did not mention his race or skin color; there was only bubbling enthusiasm for his character and heroism. These young kids are learning that heroes come in all shapes and forms and that anyone can be a hero.

This next generation of Star Wars heroes will have a transformational impact in the lives of millions of young kids. Success experts have said that people define their opportunities based on what they know and what they think is possible. For example, if a young kid thinks the best they can do is to become a mid-level manager in a company, then that is what he/she will aim for. If the same young kid thinks the best he/she can become is a company CEO, then he/she will act accordingly and do what is needed to go for the CEO job. For kids to aspire to a role, they need to believe the role is something within their realm of possibilities–observing someone like themselves already in that role.

The magic of “Star Wars: The Force Awakens” is that it will give kids around the world brand new heroes, new role models, in different genders and skin colors to admire, emulate and aspire to become. With Rey, young girls have a brand new heroine, more relatable and approachable than previous female heroes featured in other Hollywood movies such as the Alien and Terminator series. Boys of colors now have two brand new heroes, Finn and Poe. Any of us can grab a light saber and defend our friends from villains. Any one of us can lead a fighter squadron to save our people.

How did this casting happen? Was it coordinated or a fluke? One theory is that J.J. Abrams was responsible for this

decision. He has a track record of creating TV series with strong female leads, like Alias and Felicity. He also cast a diverse group of actors for another highly successful TV series, LOST. Maybe he made a conscious gender and race decision about how the new Star Wars Universe should look, but I have another theory. Perhaps George Lucas included a diversity clause in his Star Wars sale to Disney. George is married to Melody Hobson, a very successful, high-profile African-American business leader. He also developed and self-financed Red Tails, a movie about the African–American WW2 flight squadron known as the Tuskegee Airmen. He has shown a deep personal interest in promoting diversity in films. This is all speculation of course, we may never know who was behind the decision to cast the diverse leads of “Star Wars: The Force Awakens,” but to me it is clear this decision was not an accidental one.

What I know is that “Star Wars: The Force Awakens” did something great in advancing gender and race equality. We need more heroes and role models of all genders, skin colors, and ethnicities. Young people need to see, relate to, and connect to new heroes that look like them. Ultimately, this will lead young minds to believe they can be the heroes of their own lives. For that to happen, we need more films and TV programming to follow the lead of “Star Wars: The Force Awakens.” I look forward to seeing the impact from this film and a new generation of diverse heroes that will come to play in real life and in the movies.

Jose Pinero led Diversity and Multicultural Marketing for Microsoft Corp. and is now a Principal at YOJ Creative, a marketing consulting firm with offices in Los Angeles and Seattle. He can be reached at jose.pinero@yojcreative.com.