2012: The Year Of Social Business Strategy 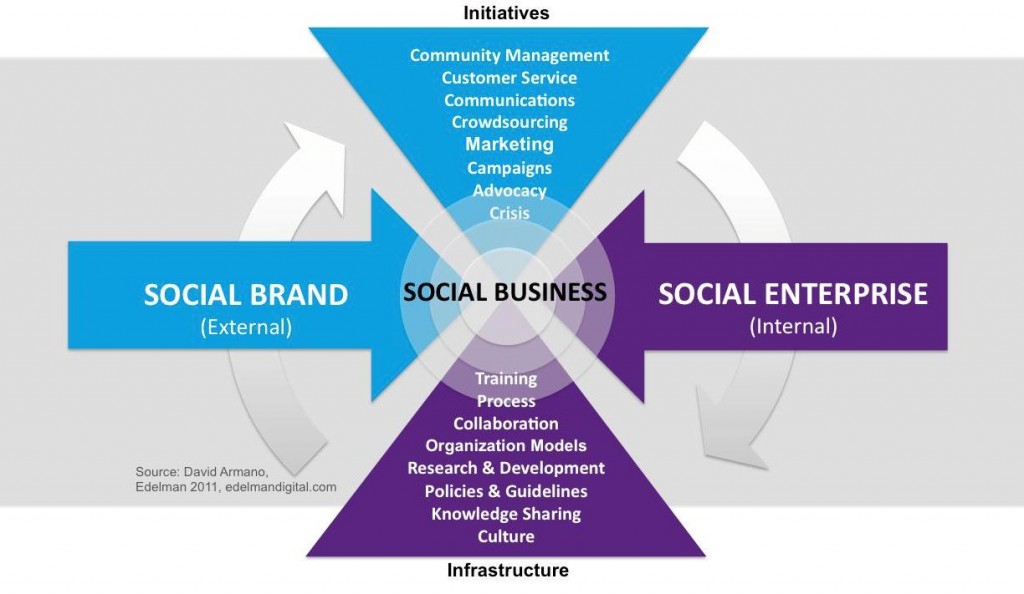 For a lot of business, 2011 was the year of “finding itself” in its attempt to bring itself online in the social media era. Almost over night, thousands of social media-centric job openings began appearing on job boards. Some of them were more traditional-sounding roles, while others appeared to be completely new.

Businesses learned a lot of lessons – sometimes the hard way – about how social media and online communities work, from a business and revenue perspective.

But now that we’re heading into 2012, attention is turning away from building a team, and towards putting those teams to work and coming up with a plan that scales, makes sense and ultimately is good for business.

In the above graphic, by David Armano, EVP of Edelman Digital, we see a window into how the planning will take place.

Read the entire article at MediaBistro.