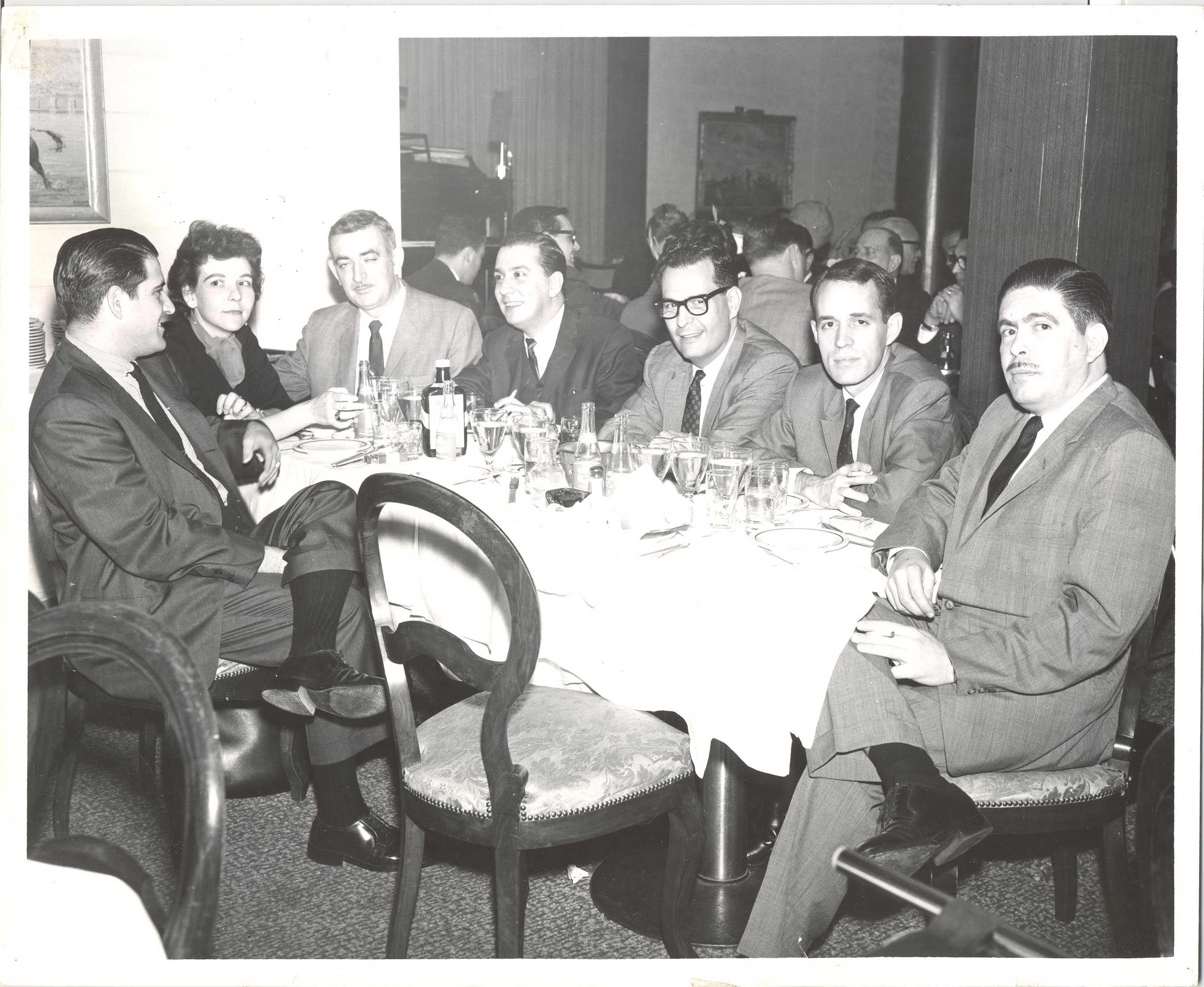 The Smithsonian’s National Museum of American History added campaign materials and personal artifacts related to Hispanic advertising agencies and their founders through a collaboration with the AHAA: The Voice of Hispanic Marketing. AHAA is supporting the museum’s initiative to expand on the advertising collections held in its Archives Center with a financial donation and with introductions to agency leaders and firms who had a significant impact on advertising history. The objects were presented during a special ceremony Oct. 26 that coincided with AHAA’s 20th anniversary as a national trade group representing Hispanic advertising agencies and media, marketing and communication companies. Latino agency founders and creative leaders who donated to the museum include Michelle and Joe Zubizarreta of Zubi Advertising in Miami; Gabriela Alcantara-Diaz, founder of Semilla AD, representing The IAC Group of Miami; Alex and Cathy López Negrete of Houston-based Lopez Negrete Communications; Hector and Norma Orcí of Orcí Advertising (formerly La Agencia de Orcí) of Santa Monica, Calif; Tony Dieste of Dieste Inc. in Dallas; and Sara Sunshine, representing the legacy agencies, SAMS (Spanish Advertising & Marketing Services), the first recognized U.S. Hispanic agency founded in 1962 and Siboney Advertising. “Hispanic entrepreneurs changed the face of American advertising,” said Kathleen Franz, the museum’s business history curator. “The partnership with AHAA helps the Smithsonian collect and document the evolution of Latino communications and its influence on the general market.” The museum’s recently opened “American Enterprise” exhibition prominently features the story of advertising and marketing, including an 80-foot-wall with advertisements and popular slogans and a business section exploring the growth of the advertising industry as Americans changed how they thought about their roles as producers and consumers. Among the acquisitions are the archives of Sara Sunshine, a Cuban immigrant, which feature advertising print, audio and visuals from the 1960s to 1990s and include her work for Colgate and Palmolive. She also donated the first Clio awarded in 1987 to a Hispanic Agency. Zubi Advertising’s legacy, founded in 1976 by Tere A. Zubizarreta, is represented by a ship model made by Cuban “balseros” as well as early agency documents. Lopez Negrete Communications, founded in 1985, gave a coin with the credo that has guided the agency since its inception as well as a crystal memento given to clients when the agency purchased its own building during its 25th anniversary in 2010. Orcí Advertising, established in 1986, donated a painting that was the centerpiece of an Immigration and Naturalization Service legalization campaign that same year and the advertising that resulted in the legalization of 3.1 million eligible immigrants. The IAC Group is represented with the Clio award winning “Bolero” magazine ad for the Johnnie Walker

“Antes, después y siempre. Etiqueta Negra” campaign created in 1987. Dieste Inc., which opened its doors in 1995, has contributed the first Cannes Lion awarded to a U.S. Hispanic firm in 1996 and a Mexican figurine of personal significance to Tony Dieste. In addition to objects that served as inspiration for the founding of the various agencies, the museum expects to add creative campaigns from each. In January, the museum added objects, visuals and print campaigns as well as the business records that document the legacy of Sosa, Bromley, Aguilar & Associates, an agency originally founded in 1981. The museum also holds the Clotilde Arias archives. Arias, a Peruvian immigrant and composer, worked on Madison Avenue in the late 1940s as a copywriter and rose to head Spanish-language advertising at the Robert Otto Agency. She previously worked for J. Walter Thompson. The museum’s Archives Center holds archival materials (documents, photographs, oral histories, film and video) and three-dimensional objects (packaging, point-of-sale displays, signage, premiums and personal objects from advertising agents). It preserves significant campaigns from companies such as Alka-Seltzer, Federal Express, Cover Girl and Nike as well as the records of the NW Ayer Agency. Through incomparable collections, rigorous research and dynamic public outreach, the National Museum of American History explores the richness and complexity of American history. The museum helps people understand the past in order to make sense of the present and shape a more humane future. For more information, visit http://americanhistory.si.edu. Located at 14th Street and Constitution Avenue N.W., the museum is open daily from 10 a.m. to 5:30 p.m. (closed Dec. 25). Admission is free. For Smithsonian information, the public may call (202) 633-1000.