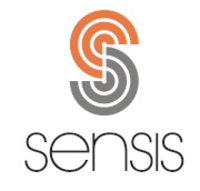 “We have worked tirelessly to maintain a strong level of growth at a time when so many other companies are cutting back,” Sensis President José Villa said. “We have established a reputation of reaching the audiences our clients are looking for. One reason we’re able to do that is because we are as diverse as those target markets.”

Sensis is in the heart of downtown Los Angeles on Wilshire Boulevard. Its staff of 33 employees speak nine languages.

The Initiative for a Competitive Inner City ranked the companies on the list. It solicited 2,000 nominations of small businesses from organizations like the U.S. Hispanic Chamber of Commerce, the New York City Department of Small Business Services and the U.S. Conference of Mayors. Companies were ranked by compound annual growth rate based on revenue over a five-year period from 2006 to 2010.

Sensis reported 2010 revenues of $8.6 million and a five-year annual growth rate of 58 percent.