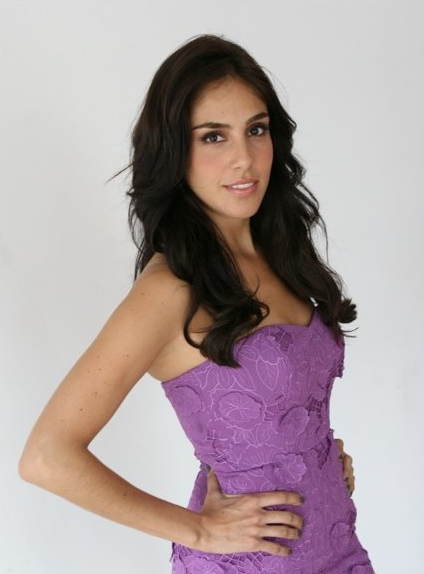 “It’s an honor to represent a brand like Neutrogena with such a long-standing history of instilling health, confidence and beauty in young women – and that is something I strongly support,” said Echeverria. “I’ve been a huge fan of Neutrogena since I was a teenager.  Since I’m always on the go – either on set or on the stage – it always helps keep my skin clean and fresh looking. I really love the Neutrogena® Deep Clean Cream Cleanser and the Facial Cleansing Bar.”

Additionally, the young, beautiful and equally talented Echeverria released her first single, the title song from her hit telenovela “La Fuerza Del Destino” is a duet with Marc Anthony and can be heard on the radio and is quickly rising up the charts in the U.S., Mexico and Latin America.

“We’re excited to have an international talent like Sandra join our family to help further bring to life our 2012 multicultural initiatives,” said Susan Sweet, General Manager, Neutrogena.  “She is an inspirational role model to so many women and a fan of so many of Neutrogena’s products.  Sandra exemplifies the Neutrogena spirit and we are thrilled to have her join our family of Ambassadors.”