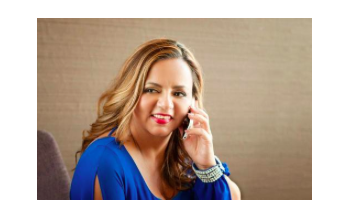 The San Diego Chargers have selected Fanny Miller, President and CEO of El Latino Newspaper, as the recipient of the NFL Hispanic Heritage Leadership Award.

The Chargers will honor Ms. Miller on October 4 at their Hispanic Heritage game when they face the Cleveland Browns.

s. Miller is President/CEO and Editor of El Latino Newspaper, the No. 1 Hispanic newspaper in San Diego and the largest Hispanic woman owned Spanish-language newspaper in California. El Latino-San Diego creates an unforgettable event for Latinas, a day to be pampered, informed and empowered at Celebrando, the largest Latina Conference in Spanish nationwide. Ms. Miller founded El Latino in 1988 to serve the news and information needs of the San Diego Hispanic Community. El Latino has more than 186,000 weekly readers. Under her leadership, El Latino expanded its editorial coverage and grew circulation through all of San Diego County. El Latino is a trusted brand that seeks to contribute to the success and well-being of Hispanics in San Diego County. She has been recognized numerous times by the community and national organizations for her achievement in Hispanic publishing and business.

As part of her selection as this year’s Hispanic Heritage Leadership Award winner, a $2,000 donation will be made to the charity of Ms. Miller’s choice in her name – and she has selected WeSupportU, a local cancer support organization.  The goal of WeSupportU is to improve cancer prevention, screening and survival among underserved, low-income communities and to be the comprehensive link between healthcare providers, cancer patients and their families.