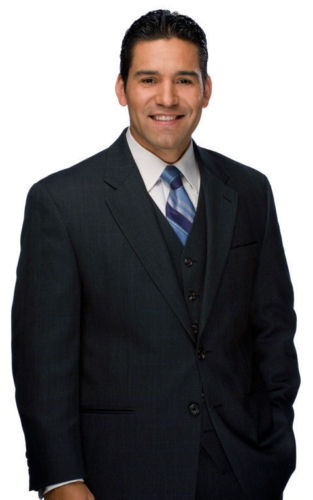 “I am thrilled to be part of this new network. It’s a wonderful opportunity to be able to deliver more global, in-depth coverage of the pressing issues affecting Hispanics in this country. We understand our community and know that they need options. I feel honored to have been chosen to be one of the faces representing our culture on MundoFox,” said Mr. Nichols.

Mr. Nichols has 15 years of experience in broadcast media as a journalist, news and sports anchor/reporter. He is currently the Vice-President of News and Productions and also News Anchor for KWHY, where he hosts the 7 p.m. and 10 p.m. newscast weeknights. Since 2009, he has also been the Spanish voice for the Los Angeles Angels of Anaheim on ESPN Deportes Radio and has worked for FOX Deportes as the play-by-play announcer for regular and postseason Major League Baseball. Before becoming a Major League Baseball broadcaster he spent 12 years working for Univision Network as a newscaster.

As a journalist, Mr. Nichols has been recognized multiple times by his peers for his work, and is a recipient of the highest honor in broadcast media, the prestigious Peabody Award.  He was honored by the Peabody Board for a special series titled “15% of the population in the United States,” an in-depth look at the past, present and future of the Hispanic community in the U.S. Mr. Nichols holds a Bachelor of Arts in Broadcast Journalism from The Walter Cronkite School of Journalism at Arizona State University.

“We are excited to have Rolando on board as MundoFox’s national news anchor,” said Emiliano Saccone, President of MundoFox. “Initially, MundoFox intends to provide its affiliates up to 18 hours of network programming each day, which will include one hour of national news each weeknight. It was important for us to identify the right talent for the job, and we are very pleased with our decision to bring Rolando on board.”

In addition to hosting the nightly national newscast, Nichols will also continue to host the local news for the local MundoFox affiliate partner.