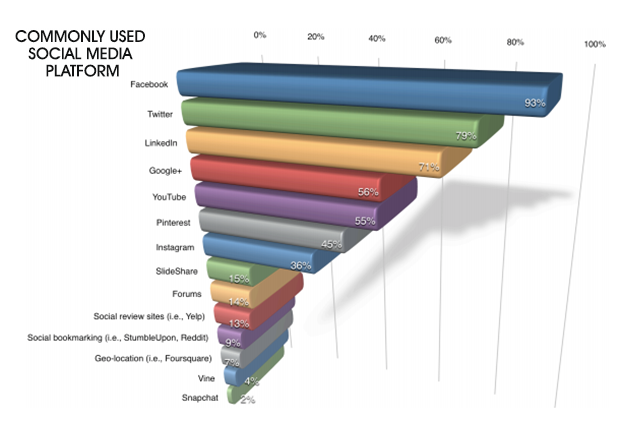 So what results are these businesses seeing for their social efforts? The following statistics from the report offer extensive insight on this subject.

Of all mediums, Facebook Inc. (NASDAQ:FB) remains the highest used and highest esteemed social media platform for businesses, continuing to dominate at 93%, and employs intelligent developments to stay relevant, which you can read about in our article here. The next favored mediums are Twitter, LinkedIn, Google+, YouTube, Pinterest, and Instagram.

Commonly used types of content are 71% visual, 70% blogging, 57% video, and 10% podcasting. The implementation of video and podcasting in social media marketing campaigns is expected to see a significant increase this year.