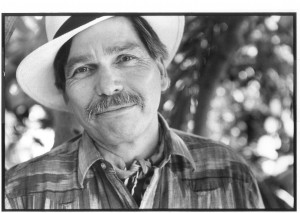 By Alma Morales Riojas, President and CEO of MANA, A National Latina Organization Por fin, a network has had the vision and courage to do a series about real Mexican Americans as documented by revered author Victor Villaseñor. Not since the series “Roots” by Alex Haley has there been such great expectation, excitement, and hope.  At a time when all Latinos are under increasing attacks, a project like this could not be more well-timed.

“Rain of Gold” is the incredible true story of the Villaseñor family and how author Victor Villaseñor’s parents, Juan Salvador and Lupe, flee the dangers of the Mexican Revolution as children in 1915 and then come to the United States, marry and achieve their dreams. This true-life saga chronicles three generations of a Mexican-American family.  It is an epic tale of revolution, struggle and triumph as well as a moving story of two young lovers.

Universally praised when the book was published it has been compared to “Roots” and “The Godfather”. The “Rain of Gold” experience is shared with many of the estimated over 40 million Mexican Americans (out of 52 million Hispanics) living in the United States.

MANA, A National Latina Organization, is recognized as having the only youth mentoring program specifically for Latinas, known as the Hermanitas® program. Recently, after viewing another previously aired “Latino” special, one of our Hermanitas® asked why they had only shown the worst examples of Latino youth. Where were stories like hers? Even though she had lived in a car with her mother and siblings, she was graduating from high school with honors, entering college and working part time to earn the American Dream.

To our Hermanita and thousands like her I say your wishes have been heard and HBO is giving us “Rain of Gold”.  MANA is proud to support HBO’s efforts in showing true stories of the American Latino, and giving our youth the opportunity to see portrayals of stories, much like their own.

HBO is to be applauded for giving us a true picture of Hispanics.  Let’s all let HBO Co-President Richard Plepler know we are very pleased and will be watching for the series.