Q&A w/Federico Grinberg, co-founder of Futbol Sites (FSN): How brands are reaching US Latinos through soccer 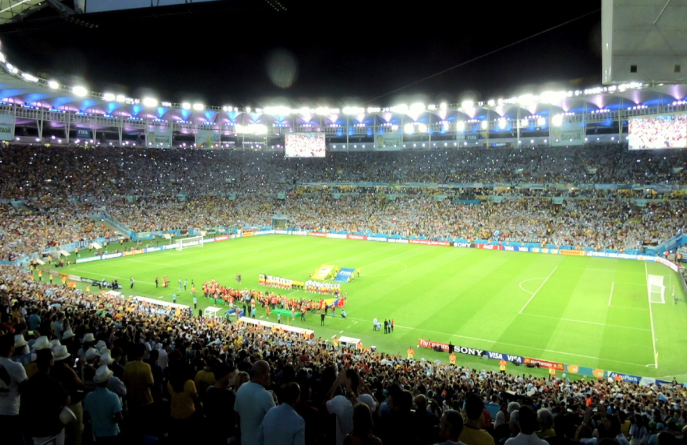 In the wake of the Gold Cup 2015 (July 7- 22, 2015) to be hosted in 13 cities in US and Canada and the Copa America, and the Copa América 2015 to be held in Chile from June 11 to July 4, Federico Grinberg, co-founder of Futbol Sites (FSN), answer questions related to soccer on the Internet and describes how companies can positively associate their brands with soccer online, not only during these two important international soccer events but all year around.

S.A.: How can you positively associate the brand with soccer online?

F.G.: The first point to positively associate is the passion that soccer fans precisely understand; the feeling and fanaticism that this sport stirs in audiences. “There are two types of soccer fans: One roots for a club and the other type for the national soccer team,” he adds.

The life of a soccer club fan consists of being immersed 24-7. “This fan follows news about his team every day of the year; in return this fan expects that the brands sponsor his passion are present year round, not just during the World Cup or when the national team wins. Then there is another group of fans, who could be considered “soft” fans. They care about their national soccer team, mainly during the World Cup when their team is close to reaching the final round of a tournament. There are few brands that can understand “always” being close to sports fans; the majority seek to sponsor or endorse during major events, and thus they only develop communication strategies specifically for these occasions.

S.A.: What brands use star soccer players for their advertising campaigns?

F.G.: More and brands looking to associate their image with that of a top soccer player. Years ago, only “serious” sporting goods brands or sought this association. Today there are companies in various segments using the image of soccer players to better reach their customers: airlines, cosmetic brands, insurance companies, automotive manufacturers, technology companies, and even governments among many others.

One example that Futbol Sites Network provides is the one about Lionel Messi lending his image to, and has done commercials for, companies such as Adidas, Pepsi, Turkish Airlines, Head & Shoulders, Gillette, Samsung, Dolce & Gabbana, the Tourism Board of Buenos Aires, EA Sports, Bimbo, Ooredoo, We-Chat and Herbalife, among many others. So you can see how brands that have seemingly nothing to do with soccer have a great opportunity to tap this communication channel and reach out to many of the world’s population.

S.A.: What are the sports-related trends on the Internet?

F.G.: The main trend is the “mobilization” of content related to sports. In Latin America 58 percent of visits to our sites come from mobile devices. In the United States, this figure over 85 percent. This is where sports media is headed. The era of “user-generated content,” from my point of view, has stepped back, but in a way that is more professional and focused. There is so much user-generated content that needs to be fixed and curated, and so today we increasingly have user-generated video content being shared by users but media companies are getting the first rights to publishing and editing.

The star athletes themselves are major producers of content that they publish in their social networks (either Facebook Timelines, Twitter profiles or on Instagram), so this gives rise to a new category of news that did not formerly exist, and there will not be a single athlete or “celebrity” that does not exploit this.