Puerto Rico Set to Promote Itself as a Medical Tourism Destination 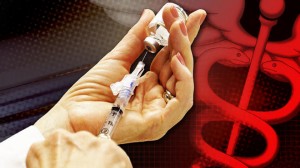 Puerto Rico on Tuesday presented its strategy for promoting itself as a medical tourism destination, especially among the Hispanic population of the Caribbean and the East Coast of the United States, offering medical care ranging from dental treatment to liposuction and weight-loss surgery at prices as much as 60 percent lower than in the continental U.S.

“Puerto Rico has a privileged situation in this market,” said the secretary of Economic Development and Trade, Alberto Baco, during the presentation of the plan.

The island’s administration says that it commissioned a market study from which it deduces that medical costs on the island are between 40 percent and 60 percent lower than in the mainland U.S.

Officials in San Juan are confident that about 3,000 jobs can be created linked to the industry, which is expected to serve some 30,000 patients over the next three years.

To achieve those figures, and the estimated $200 million in revenue that would result over that three-year period, Puerto Rico must make itself known as a healthcare destination that is also able to compete with Latin America.