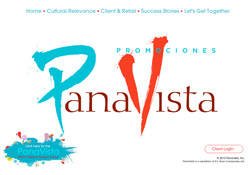 Siewczynski most recently came from Dieste where he was responsible for P&G brands (Duracell, Head & Shoulders, Gillette), Nissan Automotive and Nationwide Insurance.  Among his recent accomplishments, he led the team developing Gillette’s Hispanic direct response and brand advertising initiative for the launch of Fusion Pro-Glide.  He was instrumental in creating Nationwide’s highly effective DRTV campaign and spearheaded Nissan’s foray into Hispanic social media including their first multicultural geo-location based promotion for the launch of Nissan Juke.

Siewczynski grew up in Peru and Argentina. He obtained his undergraduate degree in marketing from McGill University in Montreal, Canada and his MBA from the University of Texas, McCombs School of Business.