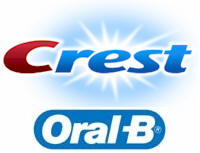 As the fastest growing population in the country, Hispanics are discovering new opportunities each day as they help shape the future of the U.S. Family support, good education, continued high aspirations, as well as perceived appearance are all factors that determine success within the community.

Crest and Oral-B released survey findings on the contributing influence of quality oral care amongst Hispanics, revealing the empowering effect of a nice smile. The survey findings were released in conjunction with the launch of the new Crest & Oral-B Complete collection – a comprehensive offering of toothpastes, toothbrushes and flosses that you can feel working.

The survey, which polled 2,000 Hispanic adults nationwide and in selected DMAs that included Los Angeles, New York, Miami, Chicago and Houston, showed the majority (nearly 80 percent) of Hispanic adults nationwide believe that people with nicer smiles are simply more successful. The survey also demonstrated how Hispanics prioritize the value of having a nice smile. For example, almost 60 percent of Hispanics would rather be confident about their smile than about their physical figure, despite today’s emphasis on an ideal body weight. Hispanics also reported to be less likely to leave home without brushing their teeth compared to other personal care routines, such as washing their face or combing their hair.

Unfortunately, however, education about good oral care is not always consistent within the Hispanic community, and nearly four in 10 Hispanic adults nationwide admit to hiding their smiles because they are uncomfortable showing their teeth. These statistics, combined with data that show more than 90 percent are worried about the health of their teeth, give Hispanics cause for re-evaluating their oral care routine.

“We at P&G understand the unique needs of the growing Hispanic community and offer a vast collection of products tailored to you and your family’s specific needs and habits. Our new Complete products provide noticeable improvements in oral health and appearance so that you and your family can confidently engage in life,” added Legault.

To provide fresh opportunities to learn about oral health and proper oral care, Crest will participate in upcoming festivals nationwide through the end of the year, including:

In 2012, Crest will further its mission to improve oral health at festivals such as, the Three King Day Parade in Miami (January), La Fiesta del Verano in Maywood outside of Los Angeles, CA (May) and Festival de Mayo Celebration in Houston, TX (May). Families will continue to enjoy free samples and the opportunity to experience Crest’s noticeable improvements in oral health and appearance.

As of August 2011, Crest Complete Multi-Benefit Whitening + Deep Clean toothpaste will be available at mass retailers and drugstores nationwide. For deals and updates on the new Complete family of products, visit www.crestcomplete.com or like us on Facebook at www.facebook.com/crest.

This survey was conducted in March 2011 at the national level, as well as at five selected DMAs using Synovate’s TeleNacion telephone omnibus. Quotas were set and results were weighted to ensure reliable and accurate representation of the total Hispanic adult population at the national and local market level.

Results of any sample are subject to sampling variation. For the national survey of 500 Hispanics adults aged 18 and above, the chances are 95 in 100 that a survey result does not vary plus or minus by more than 4 percent points from the result if interviews were conducted with all persons in the universe represented by the sample. In other words, the margin of error is +/-4 percent at 95 percent confidence level.

For the local markets/DMAs, 300 Hispanics adults were interviewed each in Los Angeles, New York, Miami, Chicago and Houston. The chances are 95 in 100 that a survey result does not vary plus or minus by more than 6 percent points from the result if interviews were conducted with all persons in the universe represented by the sample (margin of error of +/- 6 percent at 95 percent confidence level).