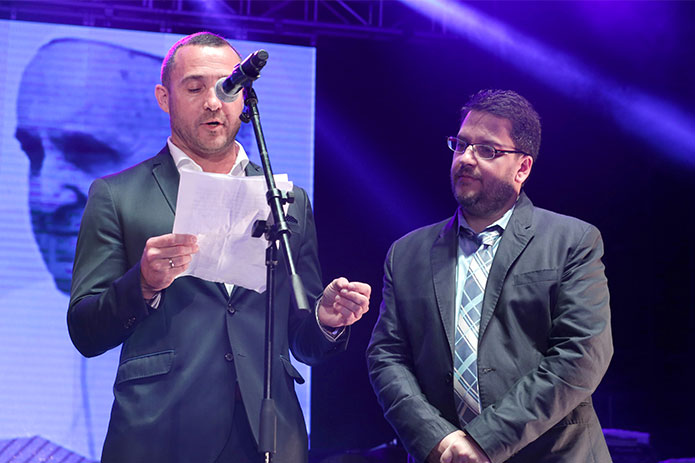 NBCUniversal Telemundo Enterprises and Hispanicize 2016, the largest annual event for Latino trendsetters and newsmakers in journalism, blogging, marketing, entertainment and tech entrepreneurship, today announced Pope Francis as the recipient of the first-ever “Telemundo Innovation Award.” The award was conceived by Telemundo to honor an individual innovator whose work has explored new trends, showcased pioneering spirit and greatly impacted society. The announcement was made in partnership with the Hispanicize 2016 advisory board at the 2nd annual Tecla Awards last night, from the ICON in Miami Beach, FL.

For the inaugural award, Pope Francis was selected for his innovative work with the Scholas Ocurrentes Foundation, connecting technology with arts and sports programs in order to promote social integration, especially in poorer communities. Executives from Telemundo and Hispanicize will present Pope Francis with the award in person at the Scholas Occurrentes Interreligious Peace Soccer Match in May.

“As the first pope to embrace social media, His Holiness has been able to connect with younger generations and become one of the most influential and innovative religious leaders of our time,” said, Borja Perez, Senior Vice President, Digital & Social Media, NBCUniversal Telemundo Enterprises. “It is an honor for us to celebrate Pope Francis for his innovative approach to redefining religion in a social and digital world.”

“Pope Francis has redefined the Catholic faith through a hands-on, personal, social touch that truly embodies what the word innovator means,” said Hispanicize founder Manny Ruiz, “His understanding of the vast significance of social media in today’s landscape is exactly what we strive for here at Hispanicize. It’s going to be a true honor to meet him in Rome to present this special award.”

The Tecla Awards recognize excellence in the digital multicultural space, showcasing increasingly sophisticated and impressive work achieved by Latinos ranging from bloggers, influencers, journalists, brands and agencies among others. The event is part of Hispanicize, and was named after the Spanish-language word for an individual key on a keyboard. The second annual event features 26 categories focused on innovators, creators and brands as well as the agencies and media companies fostering Latino content creation.