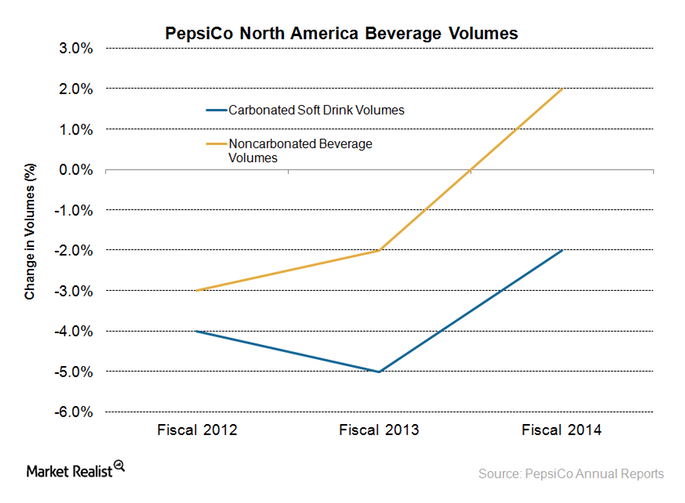 On May 20, PepsiCo announced the launch of Pepsi Limon, a new cola with real lime juice. According to a PepsiCo press release, Pepsi Limon is currently available in 20-ounce and 2-liter bottles. The product will be available in select markets with a considerable Hispanic population, including California, Arizona, New Mexico, Texas, and Chicago. PepsiCo launched this product specifically to attract Hispanic people, who are known to be major consumers of carbonated soft drinks (or CSD). PepsiCo identified the need for Pepsi Limon in association with Adelante, the company’s Hispanic and Latino employee resource group. According to Nielsen, a global information and measurement company, Hispanic spend a higher proportion of their income on groceries than non-Hispanics. Nielsen estimates that Hispanics have $1.5 trillion in buying power in 2015, a significant 50.0% increase from 2010. We’ll look further into the importance of the Hispanic demographic group for beverage giants in part 2 of this series.