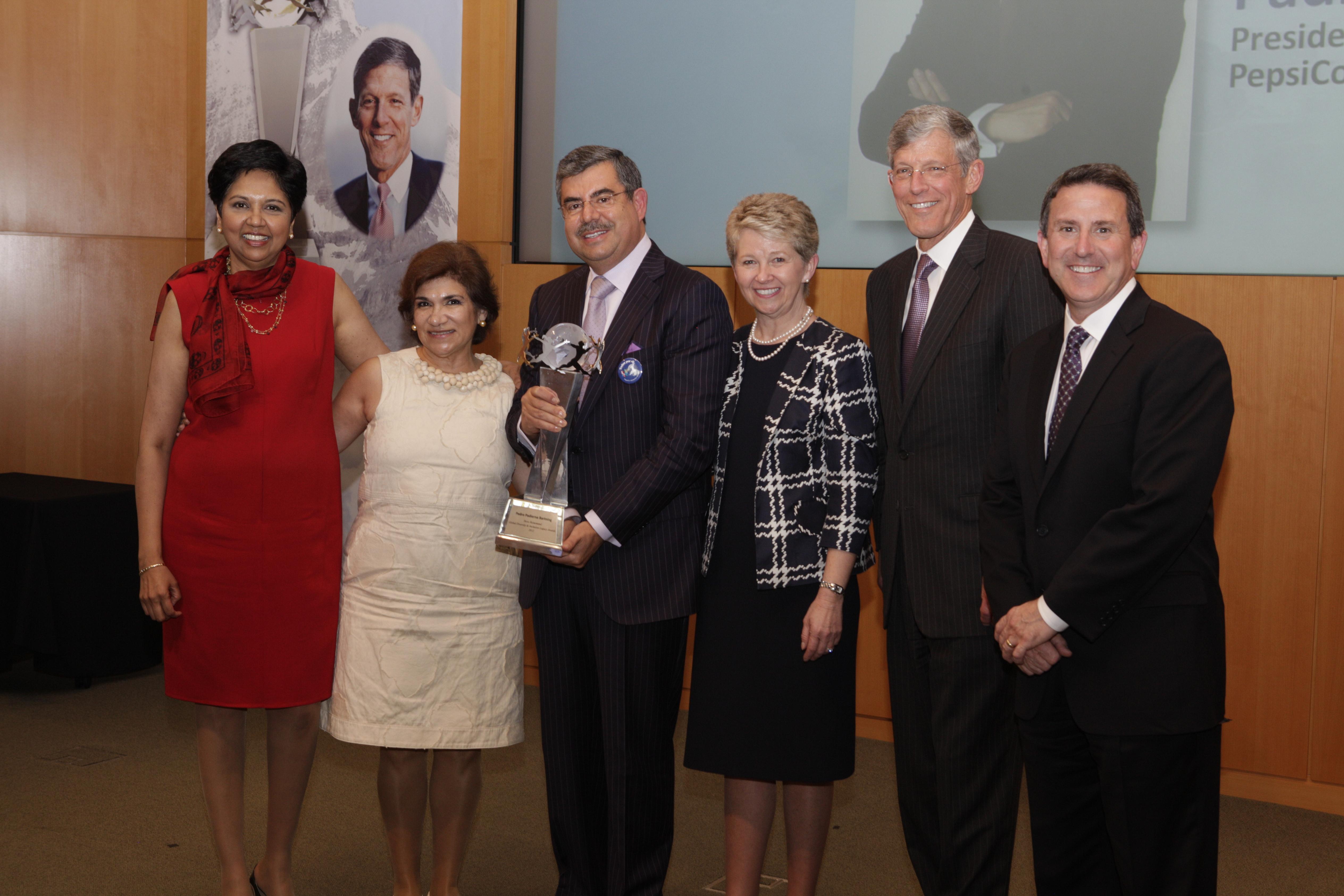 Pedro Padierna, President of PepsiCo Mexico, received the Global Steve Reinemund Diversity & Inclusion Leadership Legacy Award, one of the four PepsiCo Chairman’s Award 2012, that recognizes employees who have gone above and beyond their basic job responsibilities and delivered sustainable business impact in support of the company’s Performance with Purpose mission.

Padierna has made significant contributions to fostering an inclusive work environment for PepsiCo Mexico’s employees including a program for hiring people with disabilities, supporting the launch of a line of candy made from 100% Mexican ingredients, creating Programa Cima, which mentors young talent to develop promising leaders, and creating the council for gays, lesbians and transsexuals. Padierna is also the president and founder of the Sabritas Foundation, a non-profit organization committed to improving the education and health of low-income children and youth in Mexico.

The award was presented on Tuesday at the PepsiCo headquarters in Purchase, New York, by PepsiCo Chairman and CEO, and was attended by Steve Reinemund, former PepsiCo CEO, among others.