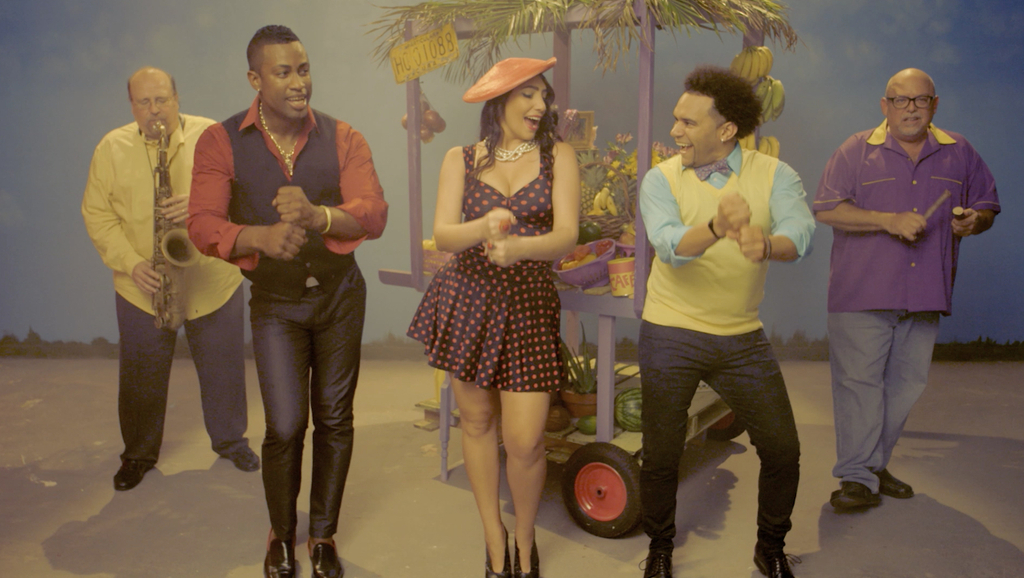 PALO! has been selected as a featured artist for the 34th Annual Tropical Heatwave Music Festival in Tampa, Florida. This will be the first time that PALO!performs in the Tampa area.

PALO! has emerged as one of the hottest bands in tropical music. They will play a set on Friday, May 1, 2015 at 9:15 PM at the Cuban Club Main Stage, located at 2010 Avenida Republica De Cuba, in Ybor City.

“We’re psyched to be playing for our fans and friends in Tampa,” said Steve Roitstein, PALO!’s pianist and leader. “We love WMNF. They’ve been putting us on the air in Tampa for years, long before we got much international recognition.”

Miami is where PALO! originated in 2003, combining elements of salsa music with funk rhythms and jazz for a distinctively seductive sound. Their live shows captivate audiences with catchy songs and spontaneous improvisation. Dancers find their music irresistible. Not surprisingly, PALO! has built an amazing fan base and has been recognized by important publications such as Miami New Times, which awarded them Best Latin Band in 2014.

PALO! is comprised of vocalist Leslie Cartaya, who was nominated for a Latin Grammy in 2013 for Best New Artist; Steve Roitstein, keyboardist and producer known for his work with Celia Cruz, Willy Chirino, Tito Puente, Cheo Feliciano, and Oscar d’Leon, among others; legendary Latin Jazz saxophonist Dr. Ed Calle; and virtuoso percussionists Philbert Armenteros and Raymer Olalde, who bring the Cuban fire and energy that characterizes PALO!.

One of the longest-running festivals in the country, the 34th Annual WMNF 88.5 Tropical Heatwave Festival will take place in Ybor City on May 1 and 2, 2015. WMNF is a listener-supported community radio station that celebrates cultural diversity and is committed to equality, peace and economic justice.