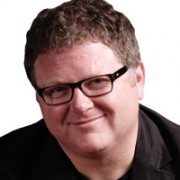 Pablo Buffagni will be the only U.S. Hispanic agency creative to head to the Cannes Lions International Festival of Creativity as a judge this year. Mr. Buffagni, who joined independent Hispanic shop Grupo Gallegos earlier this month as chief creative officer, will be a member of the outdoor jury.

Mr. Buffagni, who is often behind the campaigns featuring the most creative use of media in the U.S. Hispanic market, joined Grupo Gallegos after 10 years at Conill, Saatchi & Saatchi’s‘s U.S. Hispanic agency.

Two years ago, while at Conill, he won the first Gold Lion in the film category for a U.S. Hispanic agency, for Argentina’s New Line Cinema film festival.