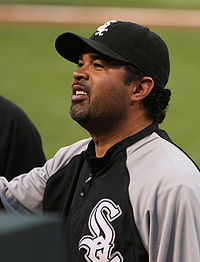 Ozzie Guillen will be the new manager of  the Florida Marlins. Official confirmation came at a press conference Wednesday afternoon, but everyone in sports already was aware that Guillen is moving from the South Side to South Beach.

The World Series-winning manager had let the news slip in a briefly posted blog on his website. The post was removed, but the word was out.

There’s no question Guillen’s career has been defined by his time with the White Sox — first by his 13 season as a player, from his Rookie-of-the-Year debut season in 1985 through 1997, and then by his eight-year stint as manager, during which he brought the team its first World Series in 88 years.

But the truth is – except for perhaps White Sox fans – it’s not hard to imagine Guillen managing in Miami.