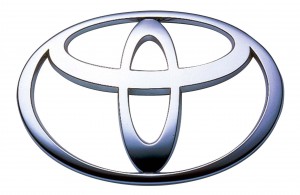 There’s something special about experiencing New York City for the first time, which is why Toyota is excited to welcome the League of United Latin American Citizens (LULAC) 2014 National Convention to the Big Apple. This year’s 85th National Convention, which will be held at the New York Hilton Midtown (1335 Avenue of the Americas) from July 8-12, 2014, marks the first time that any national Hispanic organization will be holding its annual conference in New York City. Toyota is a 2014 Presenting Sponsor.

Toyota has enjoyed a strong and longstanding relationship with LULAC, an organization that through its 1,000 local councils works to advance education, alleviate poverty, and improve the health and civil rights of Hispanic Americans. LULAC, which is based in San Antonio, Texas, also acts as the Latino community’s government liaison in Washington, D.C. LULAC’s National Convention will convene over 20,000 participants including key influencers and thought leaders from the worlds of government, business, philanthropy and the Hispanic community.

“We are especially excited to partner with LULAC on this year’s conference, which promises to be as vibrant and active as the event’s host city,” says Bill Fay, group vice president and general manager of the Toyota division at Toyota Motor Sales (TMS), U.S.A., Inc. “New ideas, important policy discussions and interesting opportunities are hallmarks of this Convention and it’s these kinds of dialogues that help us make better cars for our customers and be good citizens within the Hispanic community.”

At the Convention, Toyota will present LULAC with a hybrid Prius that will serve as the official vehicle of this year’s event. LULAC will have use of the car for one year as it works with Toyota to raise environmental awareness among the Hispanic community and encourage greener and more sustainable lifestyles.

“LULAC values our partnership with Toyota, and we are grateful for their sponsorship at this year’s 85th LULAC Annual Convention in New York City,” said Brent A. Wilkes, LULAC national executive director. “By working together, we can provide greater resources for the Latino community.”

Toyota invites those in the New York City area to stop by the LULAC Expo from July 10 to July 12 to see the Toyota Sienna, Prius V and Corolla and participate in “Buckle Up for Life” or “Abrochate a la Vida” car seat and safety demonstrations.

Toyota has a lasting commitment to the Hispanic community and is proud to be the number one automobile brand for U.S. Latinos since 2004. Toyota has nearly tripled its number of Hispanic-owned Toyota and Lexus dealers since 2000, and the company’s Hispanic Business Strategy Group was formed to ensure that the Hispanic perspective is an integral part of Toyota’s growth strategies.

“Toyota never rests on our laurels when it comes to our commitment to the nation’s Hispanic community,” says Luis Rosero, Director of Hispanic Business Strategy Group, Toyota Motor North America. “We are extremely grateful for all of those in the Hispanic community who continually make Toyota vehicles their number one choice. We look forward to seeing many of you at this year’s National Convention.”

ABOUT TOYOTA
Toyota (NYSE:TM), the a top automaker and creator of the Prius, is committed to building vehicles for the way people live through our Toyota, Lexus and Scion brands. Over the past 50 years, we’ve built more than 25 million cars and trucks in North America, where we operate 14 manufacturing plants and directly employ more than 40,000 people. Our 1,800 North American dealerships sold more than 2.5 million cars and trucks in 2013 – and about 80 percent of all Toyota vehicles sold over the past 20 years are still on the road today.

Toyota partners with philanthropic organizations across the country, with a focus on education, safety and the environment. As part of this commitment, we share the company’s extensive know-how garnered from building great cars and trucks to help community organizations and other nonprofits expand their ability to do good. To date, Toyota has contributed more than $700 million to nonprofits in the U.S.  For more information about Toyota, visit www.toyota.com/usa.

About LULAC
The League of United Latin American Citizens (LULAC) is a civil rights volunteer-based organization that empowers Hispanic Americans and builds strong Latino communities. Headquartered in Washington, D.C., with 1,000 councils around the United States and Puerto Rico, LULAC’s programs, services and advocacy address the most important issues for Latinos, meeting critical needs of today and the future. For more information, visit www.LULAC.org.