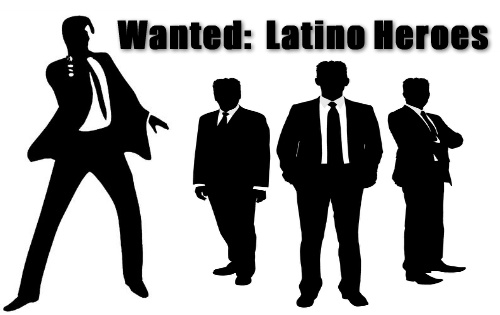 Unlike many high-profile mainstream feature films, efforts have begun to secure an A-List Latino actor for the history-making role of a modern day action hero in the authentic spy thriller, “Killing The Street Children.” The actor cast for this pivotal, stereotype shattering role will be one of many leads of various ethnicities.

The 30-million-dollar feature film, that is slated to begin production later this year in the United States and Brazil, has been in the works long before the lack of diversity in Hollywood conversations reignited after the 2016 Oscar nominations were announced and the controversial news broke that white British actor Charlie Hunnam was cast as the Mexican-American real life drug lord Edgar Valdez Villarreal in American Druglord.

Based on true events and revealing once classified information for the first time, “Killing The Street Children” follows the plight of a former intelligence agent working for a highly secretive division of a U.S. government agency, Patrick Juarez, who is lured out of retirement and back into the shadowy and dangerous world of espionage. Family, drug trafficking, corruption and bi-national government relations are among the issues touched upon – all while chronicling the real life events of the infamous massacre of street children, despicably referred to by local shop owners as Vermin, in Rio De Janeiro, Brazil during the 1990’s.

“There is a Latino hero story deficiency in films,” said SAG-nominated actor Enrique Castillo (Weeds, Blood In Blood Out) who has signed on as one of the leads and helped edit the screenplay that was written by Patrick O’Connor (The Princess Di Conspiracy). “We are confident ‘Killing The Street Children’ will become the first of many films to change that. The best part is the story is based on a real life hero.”

This gripping thriller written by O’Connor was drawn from his real-life experience as the former owner/operator of an international intelligence security company, based out of Washington, D.C., where he was closely connected to the people and events portrayed in the film.

“Patrick Juarez and I worked together when I was running my intel/security company in D.C. and he was working for a highly classified government agency,” said O’Connor. “In real life, Juarez was quite a formidable man with many layers, so when he died, I knew I wanted to honor him and his efforts by basing this semi-fictional lead character on him. Equally important, for myself, for everyone, I wanted to introduce him as an authentic modern Latino hero who will be portrayed by a leading Latino actor.”

With his first-hand knowledge of the material, O’Connor’s masterfully-honed “Killing The Street Children” will undoubtedly resonate with a worldwide audience including the increasingly important Latino market, which was noted to make up 23% of all ticket sales despite being approximately 17% of the population, according to the 2013 Motion Picture Association of America’s year-end study.

The “Killing The Street Children” news also follows last month’s release of a significant by the Media, Diversity and Social Change Initiative at the USC Annenberg School for Communication and Journalism which points to Latinos as among the least represented speaking roles in feature films and television, even though they make up about 17.4% of the U.S. population. According to the report, out of more than 11,000 speaking characters surveyed only 5.8 percent were Hispanic or Latino.