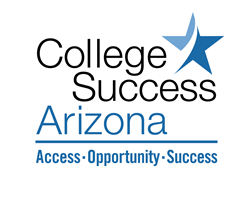 College Success Arizona released a new research report today demonstrating the significant economic benefits of closing enrollment and attainment gaps between white and minority students in Arizona. The report’s findings for the state suggest other states could benefit from closing this gap, and recommends financial aid reform that encourages Latino students to attend college.

“Our state’s success will be dependent on the success of our Latino population,” said Rich Nickel, President and CEO of College Success Arizona. “This report shows the substantial economic benefits that Arizona would gain by implementing policies that enable more Latino students to graduate high school and obtain a college education. Financial aid reform would be a great first step toward increasing Latino attainment rates, both in Arizona and across the country.”

The report’s findings have important implications for other states, especially those with large Latino populations. Nationally, although Latinos are graduating high school at higher and higher rates, the bachelor’s degree attainment gap between Whites and Hispanics grew from 18 to 26 percentage points between 1990 and 2014. This widening gap is especially concerning because bachelor’s degree holders can expect to earn three times as much as individuals whose highest credential is a high school diploma.

“Investment in education holds the potential to improve the lives of all Arizonans and dramatically strengthen the state’s economy,” said Paul J. Luna, President and CEO of the Helios Education Foundation. “Given Arizona’s demographic shift, investments in policies and programs that empower more Latino youth to pursue and complete a college degree will have a tremendous impact on our economic well-being and contribute to a stronger, more educated workforce.”

The report highlights four strategic opportunities to increase education attainment and shows the projected economic gains specifically for Arizona that would result from meeting certain attainment benchmarks. The report also recommends a variety of policies and evidence-based reforms that hold the promise of increasing education attainment at the K-12 and postsecondary levels across the country.

This latest report is the second in a series of non-partisan and evidence-based briefs and reports from College Success Arizona. The first report focused on the importance of increasing the postsecondary attainment rate in Arizona and articulated the benefits of setting a statewide attainment goal. Future reports will focus on understanding and overcoming barriers to higher education success and highlighting personal success stories of those that have overcome obstacles to reach their postsecondary goals.