Why the Latino Media Matter in the 2012 Presidential Election?— A Hispanic Media Panel
Thursday, October 25, 2012 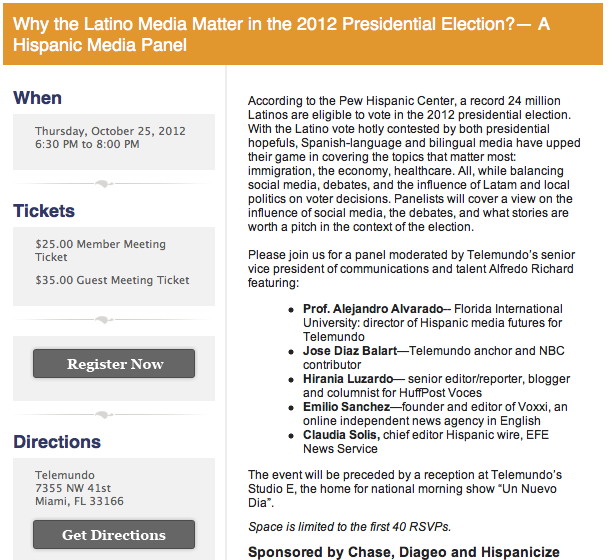 According to the Pew Hispanic Center, a record 24 million Latinos are eligible to vote in the 2012 presidential election. With the Latino vote hotly contested by both presidential hopefuls, Spanish-language and bilingual media have upped their game in covering the topics that matter most: immigration, the economy, healthcare. All, while balancing social media, debates, and the influence of Latam and local politics on voter decisions. Panelists will cover a view on the influence of social media, the debates, and what stories are worth a pitch in the context of the election.

Please join us for a panel moderated by Telemundo’s senior vice president of communications and talent Alfredo Richard featuring:

Space is limited to the first 40 RSVPs. REGISTER HERE.

The State of Ethics in Public Relations