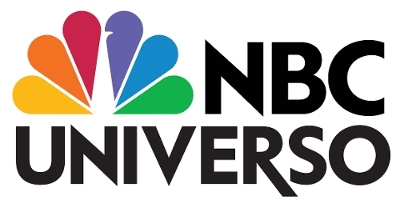 NBC UNIVERSO announced that during the week of Nov. 1, 2015, the network tallied two top-ranked telecasts for total day among Adults 18-49 in all of Hispanic cable.

On Thursday, Nov. 5, the 2015 FIFA U-17 World Cup semi-final match between Mexico and Nigeria attracted 584,000 total viewers, including 305,000 Adults 18-49, according to Nielsen. This was the most-viewed event of any Hispanic Cable offering during total day, the second-highest delivery of any programming since the network launched in February 2015, and the highest-rated match of any FIFA World Cup tournament match that has aired on NBC UNIVERSO this year. It also drew the highest-rated female total audience on the network since launch (189,000 P2+).

Complemented by the primetime airing of its action series, Fuerzas Especiales de Fugitivos, which attracted 173,000 total viewers and was No. 1 in Hispanic Cable during its 8pm timeslot among Adults 18-49, NBC UNIVERSO was ranked the No. 1 Hispanic Cable network for prime and total day on Thursday, Nov. 5.

Also, on Monday, Nov. 2, in FIFA U-17 World Cup quarterfinal action between Mexico and Ecuador, the match tallied 252,000 total viewers, including 171,000 Adults 18-49, which also achieved the highest-rated program of any Hispanic Cable offering that day.