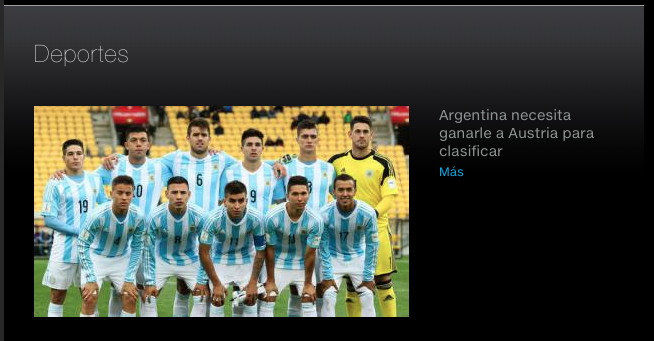 NBC UNIVERSO recently debuted its new, live signature sports show for Latinos, Escena Deportiva. The show claims to bring viewers the latest breaking news from the superstar athletes of today and tomorrow, and everything else viewers need to know from the sports world twice a week: on Friday nights, Escena Deportiva la Previa will highlight the upcoming weekend’s action, while experts give their predictions on the top soccer matches for the weekend; and on Monday nights, Escena Deportiva el Wrap Up will recap all of the action and storylines from the weekend.

From week-to-week, Escena Deportiva showcases a mix of sports action that is of interest to U.S. Hispanics, including but not limited to, the Premier League, Liga MX, FIFA World Cup™ events, NFL, MLB, the NBA and NASCAR; as well as highlight many of the world’s top athletes during competition and away from their sports. The show, which is produced by NBC Deportes, is co-hosted by Ana Jurka and Guadalupe “Guad” Venegas, and features interactive segments interactive segments on social media platforms to engage passionate Latino sports fans.

The next telecast of Escena Deportiva will air on Fri., June 5 at 11 p.m. ET, and will include: