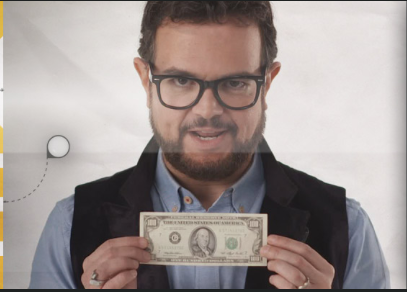 This Hispanic Heritage Month, Nat Geo Mundo will premiere two new series that follow scientific and culinary experts as they explore and celebrate the evolution of the Latin brain and palate.

On Sunday, Sep. 13 at 8/7c, Nat Geo Mundo explores the brain and the singularities of the bilingual psyche in the new series AsombrosaMente. And on Monday, Oct. 12 at 8/7c, viewers can learn the history of the most popular food and ingredients in Hispanic culture in La Historia de la Comida Latina.

In AsombrosaMente, host and famous Mexican music artist, Aleks Syntek, performs a series of interactive games and tests carried out by scientific experts throughout multiple cities in the U.S. and Latin America to better understand how the brain works. The series offers viewers the opportunity to learn everything from the advantages and disadvantages of speaking two languages and how the brain of a bilingual person is able to switch from one language to another, to the science of laughter and whether it is actually contagious or not.

La Historia de la Comida Latina explores the cultural phenomenon that is food to Hispanics. By way of celebrities and renowned chefs, this original series will take viewers on a culinary journey of Latin food and how these ingredients and flavors have, in many ways, conquered the U.S. and its appetite.  The show tells the story of how some of today’s most popular foods made their way to the U.S. from their Latin American origins and how they’ve influenced taste buds nationwide.

According to market research firm Conill, some 90 percent of Americans consider Latin food a greater influence and representation of Hispanics over Latin music. Science, history and marketing will help us understand how Latin food has enhanced and influenced the American dinner table.