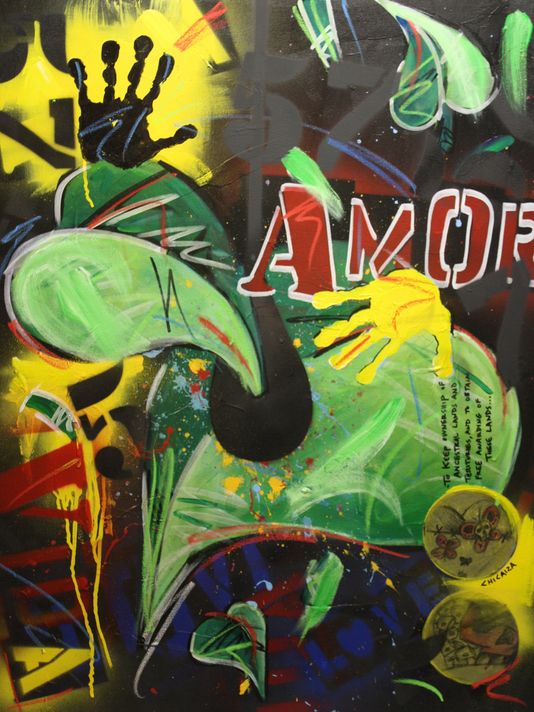 Later this month, Nashville Opera will present Nashville’s first-ever Spanish-language opera, “Florencia en el Amazonas.” Along with the performances, a show of original art by nine local Hispanic artists — some well-established members of Nashville’s visual art community — will be displayed at four venues around the city over the next several months.

“Florencia en el Amazonas” the exhibition will be on view through Jan. 17 at The Arts Company. It will then be displayed at TPAC during the opera’s run, Jan. 23-27. After that, the work travels to the Noah Liff Opera Center, followed by a show at Casa Azafrán; dates for the last two exhibitions are yet to be determined.

The idea to mount a visual arts show along with the opera production came out of programming discussions Nashville Opera had with Vanderbilt University’s Center for Latin American Studies, according to Nashville Opera’s Reed Hummell. A Metro Arts Commission grant is helping finance the exhibition.

“Florencia en el Amazonas,” the opera, is Daniel Catán’s adaptation based on the work of Gabriel García Márquez, the Pulitzer Prize-winning Colombian author who died last summer. In the story, a group of people steam down the Amazon River.

Surrounded by lush landscape — and in the opera by an appropriately lush musical score — the travelers must also contend with aspects of “magical realism,” a literary device often employed by García Márquez. In such stories, magical or otherwise fantastical elements interact with characters in real environments and situations.

“If you’ve ever read ‘One Hundred Years of Solitude,’ it is magical realism from beginning to end,” said Marcela Gomez of the author’s well-known novel. Gomez, founder of the Hispanic Marketing Group, was brought on board to assist in reaching artists.