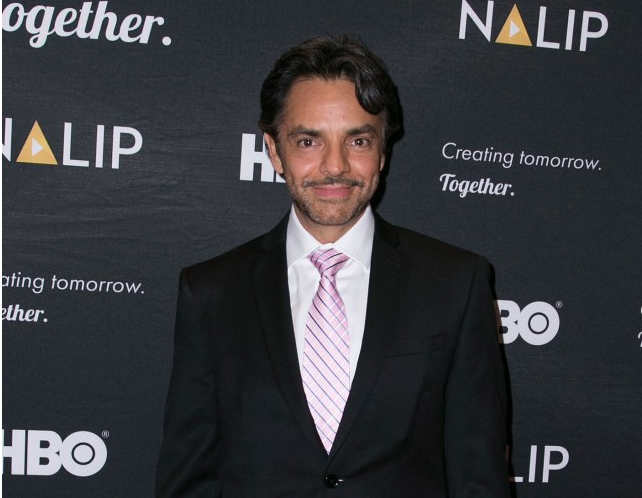 NASCAR announced it has teamed up with Eugenio Derbez to collaborate on an original, full-length comedy movie.

Long heralded as one of Mexico’s most popular actors, writers, directors and producers, Derbez broke-through on a global level with the 2013 hit film Instructions Not Included. Derbez was named No. 1 on Variety’s Power of Latinos List in 2014, along with actress Sofia Vergara. NASCAR’s popularity among Latinos has increased in recent years, as drivers such as Cuban-American Aric Almirola and Mexican Daniel Suarez have seen increasing success in both the NASCAR Sprint Cup Series™ and NASCAR XFINITY Series™. Derbez raced competitively in Mexico and has a deep passion for the sport.

“I’m really excited about doing a movie with NASCAR,” said Derbez. “They have built an amazing organization with an undeniable fan base. I’m humbled that they want to work with me and think we can do something very special together.”

Benjamin Odell, partner with Derbez’s production company, 3Pas Studios, will serve as producer of the project along with Derbez. Zane Stoddard, vice president of NASCAR’s entertainment, marketing and content development division, will serve as executive producer.

“Eugenio is one of the biggest Hispanic stars in the world and we are extremely excited to partner with him on this project,” said Stoddard. “NASCAR’s Hispanic fan base has grown tremendously in recent years and we believe this project is a fantastic opportunity to further engage this audience with a great story inside our sport.”

Based in Los Angeles, NASCAR’s Entertainment Marketing and Content Development division develops and produces quality television, film and digital projects on behalf of the sport.

Derbez is represented by UTA and attorney Howard Abramson of Behr Levehson Levy. 3Pas Studios has a first look deal with Pantelion Films, the joint venture between Lionsgate and Mexico’s Televisa Studios.