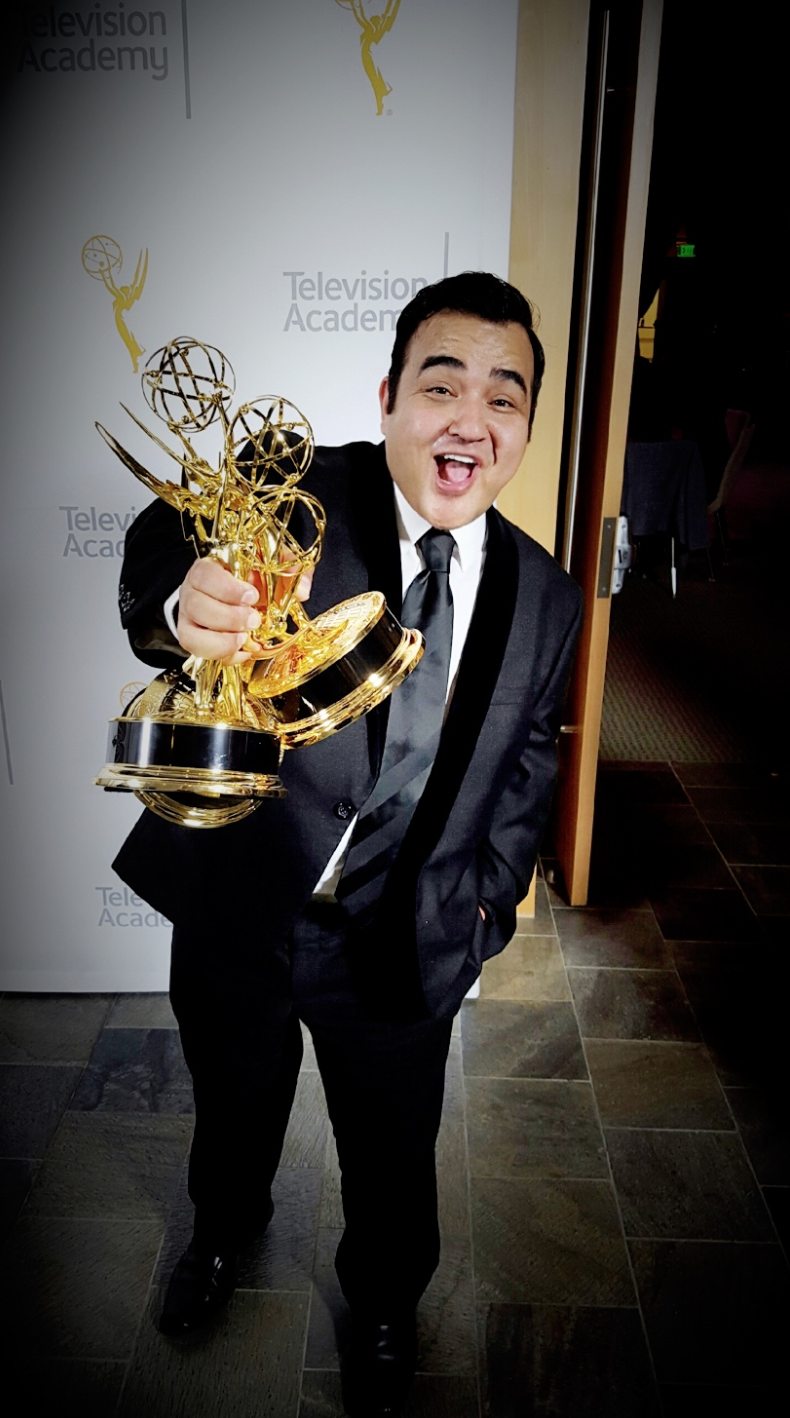 Medina won the broadcast awards for live coverage of  AB60, the law permitting undocumented immigrants to receive drivers license in California, for breaking news on an earthquake in Napa Valley and for a special report on Black History Month.

In his acceptance speech for the award about the drivers licenses for undocumented immigrants Medina told the audience, “This was a clear example of a news station being there not just for the Latino community but all Angelenos.  And as a Latino journalist it’s another great example of working for a company that believes all people deserve respect and dignity.”

Congrats Mekhalo!  You make all Latinos and especially journalists proud!