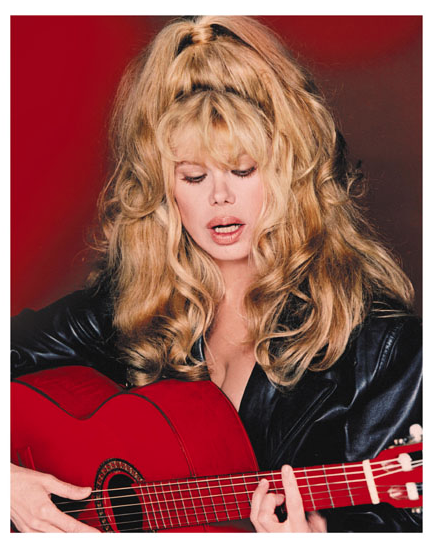 Charo is a musical icon and a household name. She is instantly recognizable as the “cuchi cuchi” girl, Charo’s trademark expression, which has endeared her to millions around the world and made her name synonymous with music, fun and excitement. She has appeared in countless hit television shows, including more than forty-five appearances on The Tonight Show. She also appeared on the long-running comedy “The Love Boat” more than any other star. Charo has been voted the best Flamenco guitarist in the world and she continues to tour with her energetic techno-Flamenco show as well as record new music.

Currently, Charo is working on a new single “Ejercicio/Exercise,” based on her exercise and nutrition plan. Charo is also a humanitarian and an activist for LGBT rights, human rights and animal rights. Charo was recently back on the Billboard charts with her single dance club hit – España Cañí, the traditional bullfighting song, which she recorded in protest against bull fighting. She regularly records guitar tracks, which are mixed by DJs at clubs across Europe. www.charo.com.

“Celebrity Wife Swap” features two women of celebrity families trading households, lifestyles and children (but not bedrooms) for one week. During that time, the women – and swapped families – learn what it is like to live in someone else’s shoes, but everything changes during the second half of the week when the women make their own rules and get the chance to run the household their way. At the end of the week, the couples reunite for a raw, honest and highly-charged exchange of views in which they make frank assessments of one another and discuss the experience.