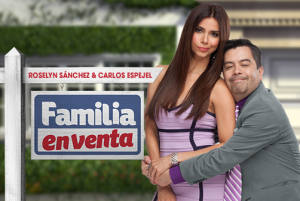 ‘Familia en Venta’ follows Lili (Sanchez) and Pipo (Espejel) who after fifteen years of marriage call it quits; but due to the housing market crash can’t sell the family home and are forced to continue living under the same roof. Lili and Pipo must deal with the comedic high jinx that occur while living separate lives in the same house and raising an eccentric family including a quirky son, a free spirited daughter, and a grandfather who only acts senile when it’s convenient for him.

Is Social Media Lying to You? Why Media Literacy is Important

Making Technology Work for You

How to Remove Your Image and Name from Facebook Ads