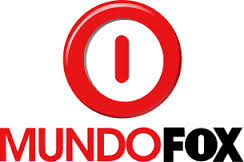 MundoFOX 22, the Los Angeles flagship affiliate of MundoFOX and the official television station of Fiesta Broadway, has announced Marco Antonio Regil as the Grand Master of Ceremony for the 25th anniversary of Fiesta Broadway.  Cristian Castro will be the headliner along Marisela, Marion Moreno, Gerardo Bazua, Julio Reyes, Angel Lopez, Bombonenas, Alerta 3 and Mexican Dubwiser, on the main stage at Grand Park in downtown Los Angeles this Sunday, April 27.

City officials are preparing for a record-breaking attendance of over half-a-million revelers to this 25th anniversary special edition of the street festival.  Marco Antonio Regil will lead an exciting parade of stars that include the MundoFOX family of talent and personalities:

On its Way to Making History, Hispanicize 2015 Shined With the Support of Many

Pepsi Next Goes After Hispanic Market with William Levy