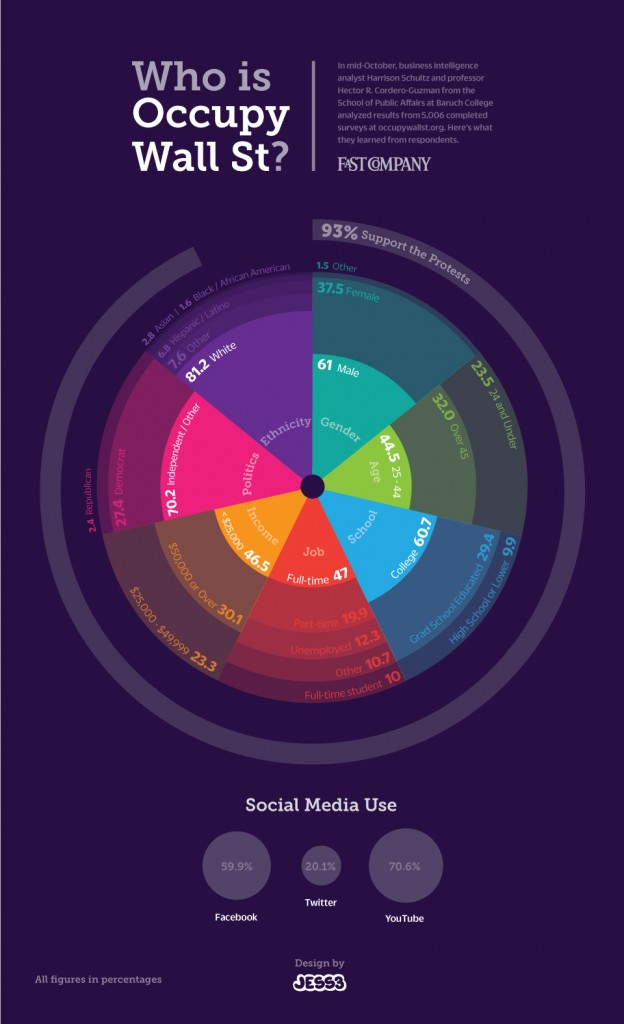 It may be too early to foresee the long-term effects that the Occupy Wall Street movement will have on the country as a whole, and the effects it will have on the way consumers see corporations and brands. But it doesn’t take much to see the undercurrents of change reshaping the current paradigm.

While the Occupy movement has been spearheaded by young, white Millennials, to assume that it is comprised solely of that group would be incorrect. The proverbial 99% of the population is far more diverse than that, and encompasses large swathes of Hispanics who have been hit particularly hard by the worst economic crisis in recent years.

If consumers are challenging the relationship and influence corporations have with our government, it is up to marketers and their brands to ensure (and reassure) consumers that their efforts do not only benefit themselves, or the 1% of the population. Much like the “green trend,” marketers should realize that consumers will come to expect much more of their brands in the social responsibility and accountability aspects.

Hispanics are no newcomers to the idea of financial woes and were severely affected in the housing downturn. The Pew Hispanic Center reported in 2009 that “almost one in ten (9%) Latino homeowners say they missed a mortgage payment or were unable to make a full payment.”

Just earlier this year, the tolls of the recessions were seen clearly as Hispanic household wealth fell by 66% in a four-year span (2005 to 2009), “the largest [percentage drop] among all racial and ethnic groups,” according to a new report by the Pew Research Center’s Social & Demographic Trends project.

Hispanics are more than ever on the lookout for brands that believe in (and therefore address) their needs and core values. Brands must show they value the consumer’s culture and heritage. They must also invest in the community, for instance, by creating programs that help education in lower income communities, or drive awareness for predisposed health conditions.

Some have already started doing so; take State Farm as an example: not only has it been committed to reaching consumers in a culturally relevant way, it has also partnered with key Hispanic organizations to develop initiatives designed to improve the community and fund education programs. One of them focuses on increasing civic engagement amongst Hispanic youths. State Farm has become a leading sponsor of the Ya Es Hora campaign (“It’s Time,” www.yaeshora.info), which guides consumers through applying for their citizenship, registering to vote and the understanding importance of being accounted for in the Census.

In a time when there’s much discussion in the country about immigration and personal identity, Toyota launched a successful idea of decals with the phrase “We are many Latinos, we are many Toyotas,” in which you could choose your country of origin in place of the word “Latino.” It connected “Latinos’ pride in their heritage with pride in being a Toyota owner,” which has resonated deeply with the consumer’s values and increased Toyota’s favorable opinion by 13%.

Companies that genuinely believe in social responsibility and welcome what change emerges out of the Occupy movement are the ones that will ultimately be embraced by the 99%. As Simon Sinek pointed out in his inspiring 2009 TED talk, “people don’t buy what you do, they buy why you do it.”