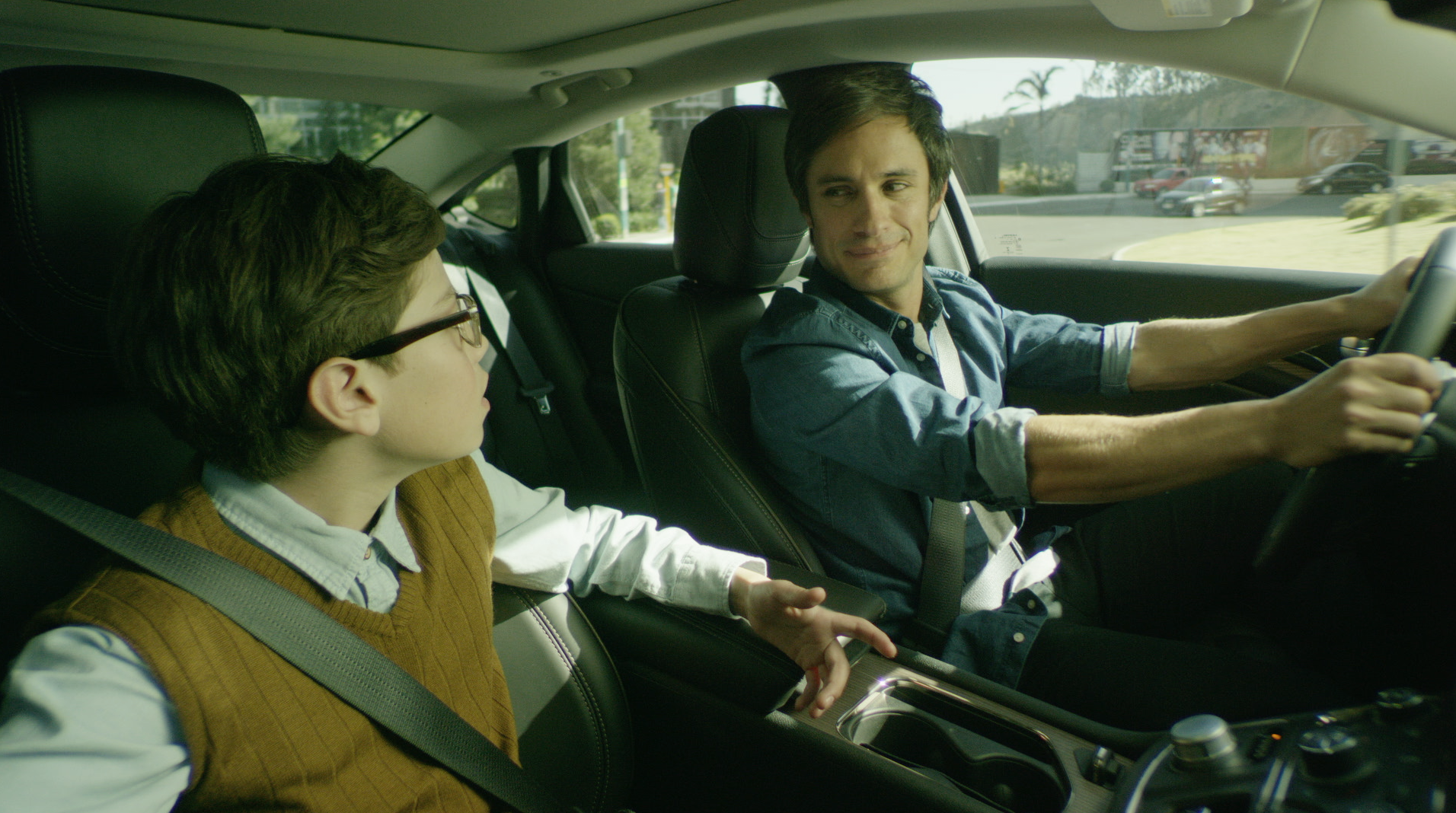 The Chrysler brand launches a new multicultural marketing campaign today for the all-new 2015 Chrysler 200 this week, featuring acclaimed actor Gael García Bernal (Amores Perros, Y Tu Mamá También, The Motorcycle Diaries). The campaign, debuting Wednesday, March 4, consists of four national television spots across U.S. Hispanic media – one :60 and three :30 commercials – and also includes digital and social initiatives. Key partners for the Chrysler brand include Univision and Telemundo, for which the brand will be a presenting sponsor of La Voz Kids, the number one show for family co-viewing in all of broadcast, regardless of language, on Telemundo. The first spot, “Kid, You’re Not Me,” can be viewed here: http://youtu.be/YQSDvuOPqWs.

In the first of the four-spot series, Gael steps into his 2015 Chrysler 200 and finds a young boy sitting in the car who claims to be Gael, visiting from his past. Right away, the boy starts telling Gael to do something different with his life in order to achieve his hopes and dreams. At first Gael is confused, but then realizes that the boy, whose name is Paquito, has mistaken him for his neighbor, Paco, from across the street. After catching a glimpse of his “real” future self, Paquito is inspired to leave ordinary behind and go someplace new with Gael.

“This campaign’s unique creative uses humor, cultural cues and the spirit of individuality to capture our millennial audience’s attention, and its charm rests squarely on the enormous appeal of Gael, one of the premier Hispanic actors of his generation,” said Olivier Francois, Chief Marketing Officer, FCA – Global. “The episodic storyline focuses on Gael and Paquito’s endearing relationship while at the same time authentically introduces consumers to the 2015 Chrysler 200 and its class-leading features, including smart technology, advanced manufacturing and quality, and distinctive design.”

The campaign introduces Hispanic consumers to the all-new 2015 Chrysler 200, giving viewers a close-up view of the Chrysler brand’s class-leading advancements. The story is anchored on the message, “Why choose ordinary, when you can have extraordinary?”, and supported with “Un Modelo a Seguir” – a nuanced phrase that in Spanish conveys positive messages such as something that inspires and/or something to pay attention to or follow. (It translates literally to “A Model to Follow,” which in the spot refers as much to the Chrysler 200 as it does to Gael García Bernal).

“The Chrysler 200 has an incredible opportunity to stand out and capture share in this very competitive and crowded category.  Currently 33% of the standard midsize vehicle segment is multicultural and U.S. Hispanic buyers are driving its multicultural growth,” said Juan Torres, Head of Multicultural Advertising, FCA US LLC. “Latinos gravitate to brands that talk to and understand them; our campaign sets out to connect emotionally with two endearing characters who won’t settle for ordinary. We are grateful to Gael for being an incredible partner.”

The Chrysler brand campaign was created in partnership with Lopez Negrete.