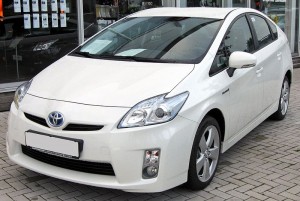 In California, Latinos and African-Americans simply are not buying electric cars. It’s time for some new marketing.

The Prius is an emblem of the environmentally aware upper middle class, and at this point, electric vehicle purchases are mostly limited to early adopters who have the cash to experiment with an entirely new kind of vehicle. And according to a report (PDF) from the Greenlining Institute, cost and lack of consumer education may shut low-income communities and communities of color (specifically in California) out of the electric vehicle revolution–even though these communities are in dire need of the cleaner air that comes along with having fewer gasoline-fueled cars on the road.

The report presents a number of obvious yet unsettling statistics: 70% of hybrid owners in California are white, even though Californians of color are more concerned about air pollution than whites; 20% of hybrid owners are Latino and even fewer are African-American–even though the overall state population is 60% non-white. An impressive 92% of residents who buy EVs in the state have an income of $75,000 or higher.

Leading the Future of Electronics in the Multicultural Marketplace

National Alliance for Hispanic Health adds Michael J. Astrue to its Board