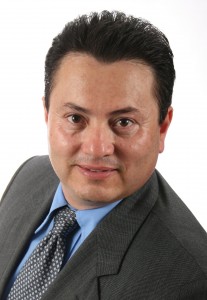 San Diego, CA – El Latino, the No. 1 Hispanic newspaper in San Diego and the largest Hispanic owned Spanish-language newspaper in California has hired Mike Cano as publisher.  Cano will be responsible for the daily operations of El Latino.

“Mike brings enormous leadership and a proven track record to El Latino, he is regarded a leading figure in Spanish-language media and we are excited to have him,” said Fanny Miller President and CEO of El Latino.

El Latino was started in 1988 and has become a reliable voice and leader in the Spanish-language newspaper market. It targets the San Diego Hispanic residents that now make up more than 30% of the population. San Diego is the 11th largest Hispanic market in the U.S. but ranks as the 10th largest for Hispanic income.

Cano has more than 25 years of experience in the newspaper industry. He has worked and led the Hispanic strategies of some of the nation’s largest media companies. Cano was most recently the Vice President of Business Development and Partnerships for La Opinion in Los Angeles. Prior, this position, Cano was President/CEO of Impacto, a MedaiNews Group Company.

In 2003, in the position of General Manager, Cano helped launch Al Dia and aldiatx.com for the Dallas Morning News and Belo Corporation. Under his leadership, Al Dia became the leading Spanish-language daily newspaper in Texas. In 2004, aldiatx.com was awarded the prestigious Edward R. Murrow Award.

“It is a privilege to be working with El Latino and the San Diego Hispanic community,” said Cano. “I look forward to contributing in the continued success of this great product”

Cano was born in Guadalajara, Mexico. He Hold a Bachelors of Science from Long Beach State University and completed Executive Education programs from Stanford Graduate School of Business. Cano is a lectured on the power of diversity and the emerging U.S. Hispanic market.